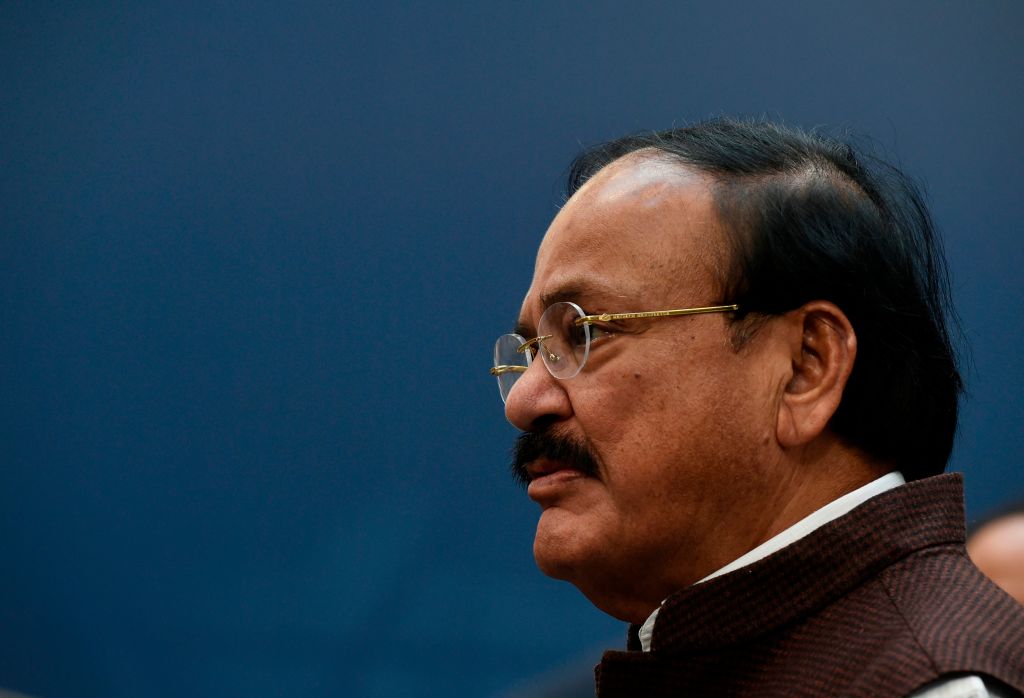 Naidu, who arrived here on Wednesday (1) on the second leg of his three-nation tour of Gabon, Senegal and Qatar, assured Senegal of India’s continued commitment to support its socio-economic development through “all possible means”, the Vice-President’s Secretariat tweeted.

As part of the vice president’s ongoing visit to Africa, India and Senegal signed three MoUs (memoranda of understanding) pertaining to visa-free travel for officials, cooperation in youth matters and cultural exchange.  The MoUs were signed and exchanged by Minister of State for Health, Dr Bharati Pawar and Senegalese Foreign Minister Aïssata Tall Sall in the Senegalese capital city of Dakar. Earlier, the Vice President did a morning walk on the Atlantic coast in the capital city.

It is a monumental structure of 52 meters in bronze & copper which symbolises the ‘dignity of the African continent’ and it’s vision of a better future. pic.twitter.com/rgKFkMjScv

“Had a refreshing morning walk on the Atlantic coast in the beautiful city of Dakar in Senegal today. People of Senegal are warm and affectionate. There is great potential to take forward India-Senegal ties,” the vice president’s Secretariat tweeted.

Later in the day, the vice president and his wife Usha Naidu paid floral tributes to the bust of Mahatma Gandhi at the African Renaissance Monument in Dakar.

Naidu also visited the Monument of African Renaissance, a monumental structure of 52 metres in bronze and copper which symbolises the ‘dignity of the African continent’ and its vision of a better future.

He visited the Museum of Black Civilizations, a repository of African art, culture and history and aims to highlight Africa’s cultural and scientific contributions to the world. The vice president visited an international art exhibition, ‘Dakar Biennale 2022’ that showcased contemporary African art and creativity.

While Naidu’s visit is the first by any Indian vice president to all three countries, it marks the first-ever high-level visit from India to Gabon and Senegal. India and Senegal are celebrating the 60th anniversary of the establishment of diplomatic relations this year.  His visit is expected to add momentum to India’s engagement with Africa and emphasise New Delhi’s commitment to the African continent, the vice president’s Secretariat said in a statement ahead of his departure.

The last leg of the tour will be the visit to Qatar from June 4 to June 7.