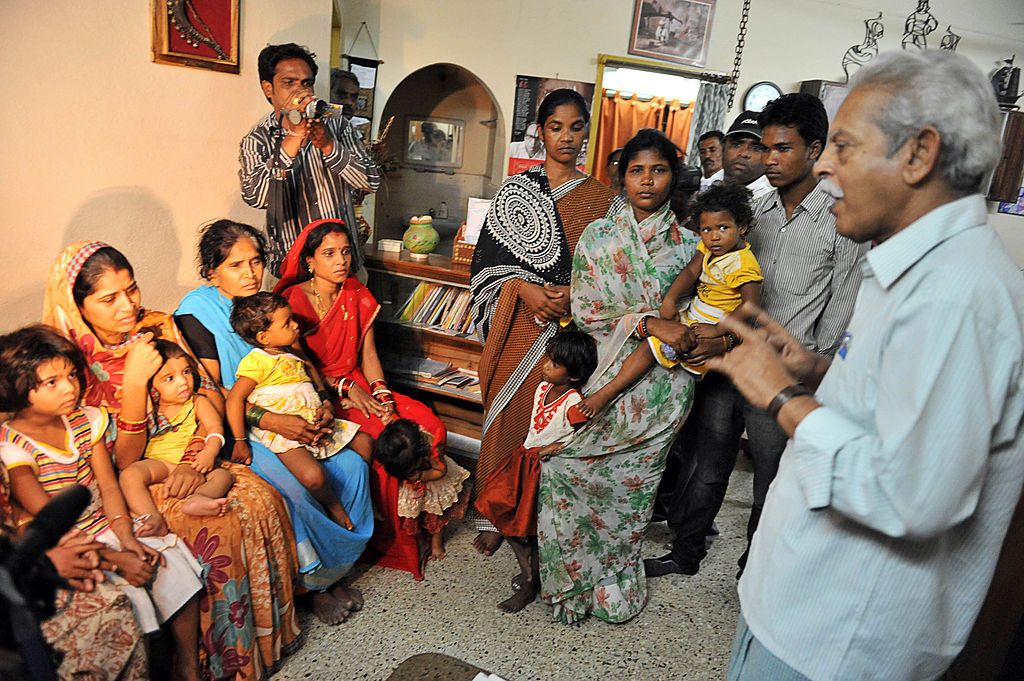 Activist Varavara Rao speaks to the family members of some missing police officers from the central Indian state of Chhattisgarh at his residence in Hyderabad, Telangana, in September 2010. (Photo by NOAH SEELAM/AFP via Getty Images)

The Supreme Court of India on Wednesday (10) granted regular bail to activist and poet P Varavara Rao, who was accused in the 2018 Bhima Koregaon violence case.

Rao has been granted bail on medical grounds. He was arrested on August 28, 2018, from his home in Hyderabad in the southern Indian state of Telangana and was an under-trial in the Bhima Koregaon case for which a first information report was lodged by the Pune Police at Vishrambagh police station on January 8, 2018, under various sections of the Indian Penal Code and several other provisions of the Unlawful Activities (Prevention) Act (UAPA).

Rao, who was initially put under house arrest pursuant to the order of the top court, was ultimately taken into police custody on November 17, 2018, and was later shifted to Taloja Jail on the outskirts of Mumbai in the western state of Maharashtra.