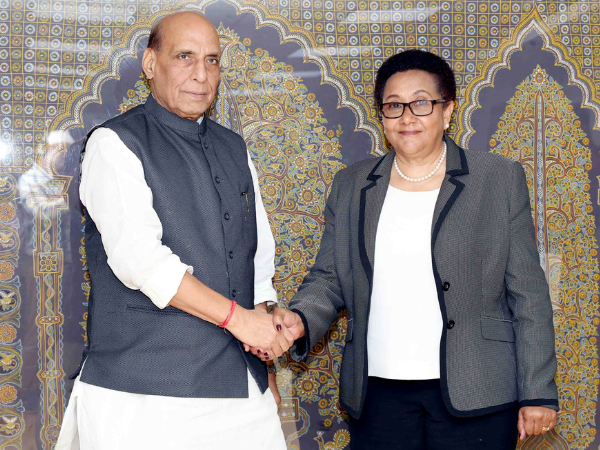 India and Tanzania decided on Friday (26) to set up a task force to prepare a five-year roadmap to boost bilateral defence cooperation. The decision was taken during wide-ranging talks between Indian defence minister Rajnath Singh and his visiting Tanzanian counterpart, Stergomena Lawrence Tax.

The decision to boost the bilateral defence ties as well as military-to-military cooperation is in sync with India’s broader priority to deepen its strategic ties with Africa, officials said.

“Both the ministers agreed to the formation of a task force to prepare a five-year future roadmap for enhancing defence cooperation between both the countries and to hold the next Joint Defence Cooperation meeting in Tanzania at an early date,” the defence ministry said. It said a wide range of issues concerning bilateral, regional and defence industrial cooperation were discussed at the meeting.

“The two ministers reviewed the existing military-to-military activities and discussed ways to enhance cooperation in all domains with a focus on defence industry cooperation,” the ministry said in a statement.

During the talks, Singh invited Tax to the India-Africa Defence Dialogue and the DefExpo, which are scheduled to be held in Gandhinagar in Gujarat from October 18 to 22.

“There is immense scope to boost defence and military to military cooperation between both the countries. I’m confident India-Tanzania partnership will continue to grow over the coming decades, taking the bilateral relations to greater heights,” Singh added.

Tax would be visiting the Wargaming Development Centre and Information Fusion Centre — Indian Ocean Region before departing for Hyderabad for interaction with the Indian defence industries. In the last few years, India has been focusing on expanding its overall cooperation with the African continent, including in areas of defence and security.

According to official data, India’s cumulative investments in Africa stand at $70 billion while it has extended Lines of Credits (LoCs) worth $12.26 billion to the continent.