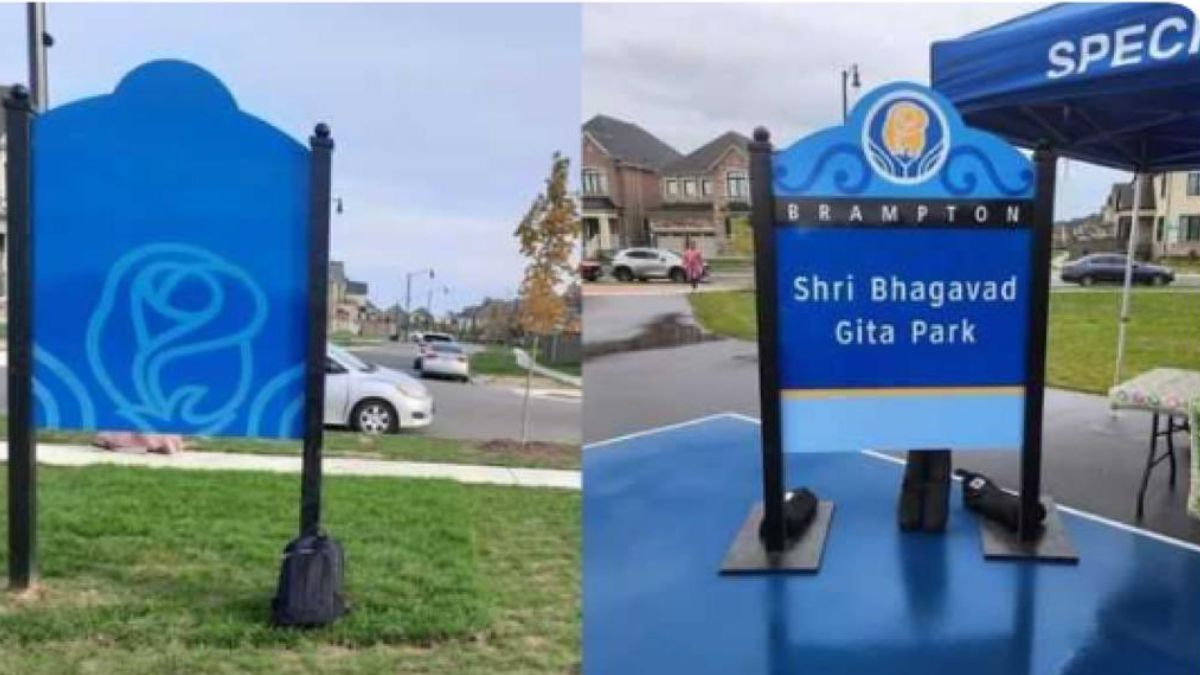 Canadian authorities have denied any vandalism at a recently unveiled park named ‘Shri Bhagavad Gita’ in Brampton city and clarified that the reported blank sign was left during the repair work, hours after India condemned the incident and urged the city administration to take prompt action.

“We condemn the hate crime at the Shri Bhagavad Gita Park in Brampton. We urge Canadian authorities & @PeelPolice to investigate and take prompt action on the perpetrators,” the High Commission of India in Canada tweeted on Sunday.

Brampton is a city in the Canadian province of Ontario.

“Following yesterday’s reports of vandalism of the recently unveiled Shri Bhagavad Gita Park, we took swift action to investigate further. We learned that the reported blank sign was installed by the builder as a placeholder until the permanent Shri Bhagavad Gita Park sign can be replaced tomorrow,” Brown tweeted.

Brown also thanked the Indian community for flagging the issue and added: “We are pleased to learn of this outcome. We thank the community for bringing this to our attention, and ensuring Brampton is a safe and inclusive place to call home.” “The blank sign was left up during repairs. This is not a usual process as we never remove a sign unless damaged or its name changes,” he said in another tweet.

Peel Regional Police also said: “There was no evidence of vandalism to the permanent sign or any park structure.” “Permanent sign is still waiting for the lettering to be applied and it was a temporary park sign used in the park naming ceremony,” Peel Police tweeted.

Last month, India issued an advisory to its citizens in Canada citing a “sharp increase in incidents of hate crime, sectarian violence, and anti-India activities”.

The advisory said: “In view of the increasing incidences of crimes as described above, Indian nationals and students from India in Canada and those proceeding to Canada for travel/ education are advised to exercise due caution and remain vigilant.” On September 15, a prominent Hindu temple, BAPS Swaminarayan Mandir, was defaced by “Canadian Khalistani extremists” with anti-India graffiti in an apparent hate crime.