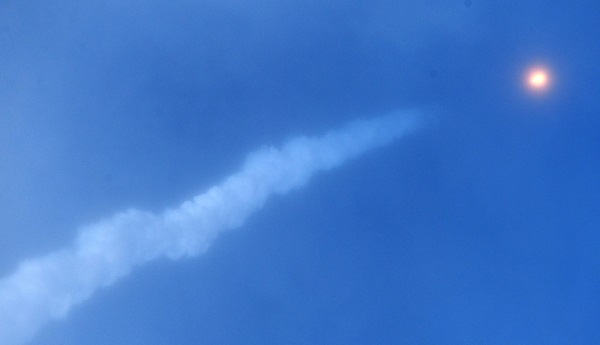 A missile fired from a testing facility in Odisha, eastern India, downed the live satellite in orbit at around 300 kilometres (185 miles) in “a difficult operation” that lasted around three minutes, the prime minister said (Photo: KIRILL KUDRYAVTSEV/AFP/Getty Images/Image For Representation Only).

India said Wednesday (27) it shot down a low-orbiting satellite in a missile test that proved the nation was among the world’s most advanced space superpowers.

In a rare address to the nation just weeks out from a national election, prime minister Narendra Modi said India had joined the US, Russia, and China in accomplishing the feat.

A missile fired from a testing facility in Odisha, eastern India, downed the live satellite in orbit at around 300 kilometres (185 miles) in “a difficult operation” that lasted around three minutes, the prime minister said.

“This is a proud moment for India,” the prime minister said, in his first televised national address since late 2016.

“India has registered its name in the list of space superpowers. Until now, only three countries had achieved this feat.”

Modi said the missile test against the satellite was peaceful, and not designed to create “an atmosphere of war”.

“I want to assure the world community that the new capability is not against anyone. This is to secure and defend the fast-growing India.”

The US and former Soviet Union carried out their first successful anti-satellite missile tests in 1985, and China in 2007.

All are now said to be working on so-called Star Wars laser arms to destroy satellites.

With satellites increasingly important because of their intelligence gathering role and major nations seeking to gain a foothold in space the US in 2014 rejected a Russian-Chinese proposal for a treaty to ban weapons in space, saying it was “fundamentally flawed” because of the lack of weapons verification measures.

In a statement released after Modi’s announcement, the foreign ministry said India “has no intention of entering into an arms race in outer space”.

“We have always maintained that space must be used only for peaceful purposes,” the ministry said.

Modi said the test did not violate any international treaties and was for the betterment and safety of India’s 1.3 billion people.