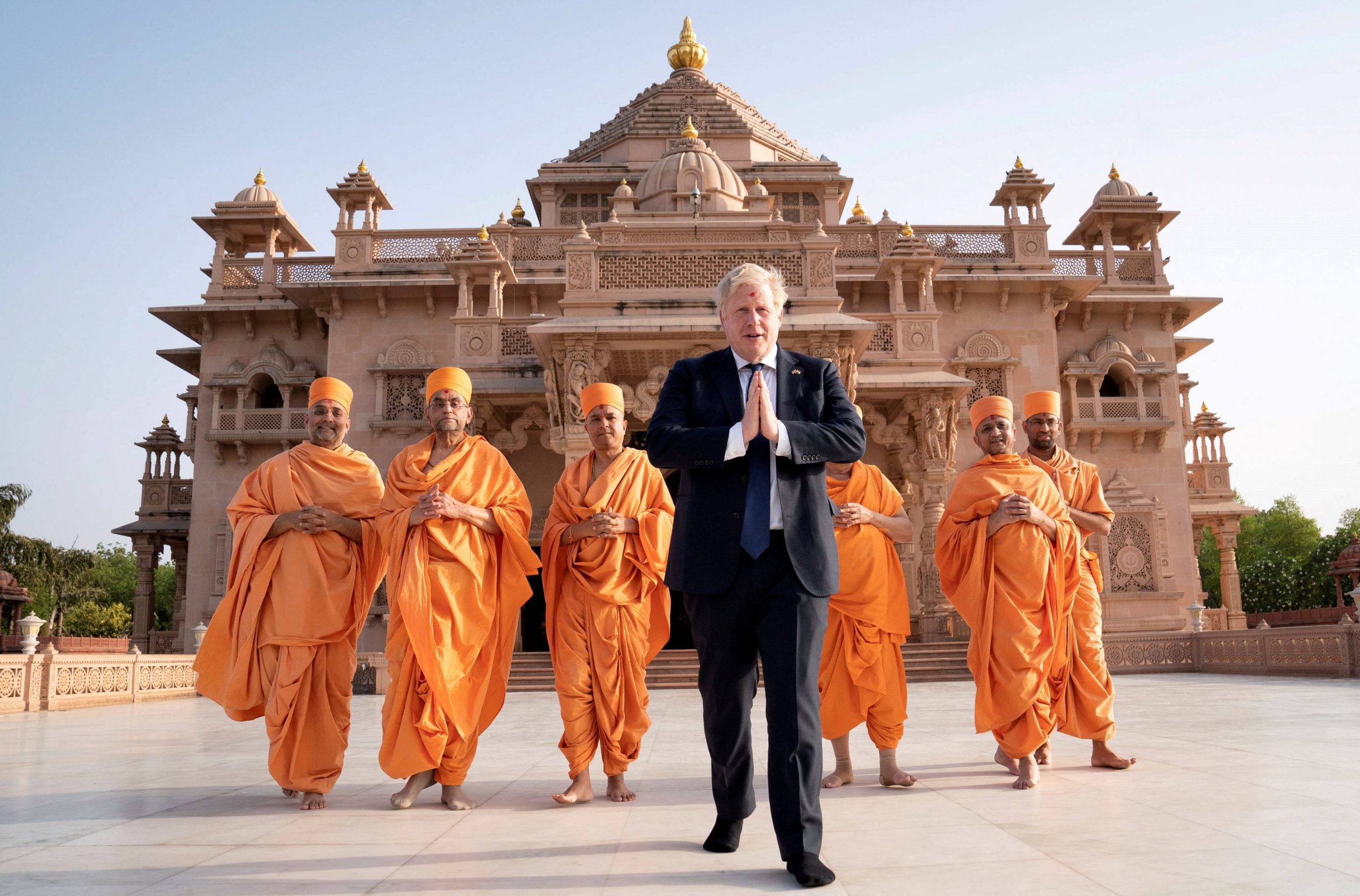 AN Indo-British bilateral free-trade deal could be wrapped up by October, prime minister Boris Johnson said in New Delhi last week, as he concluded his much-delayed visit to India.

Britain and India also agreed to step up defence and business cooperation, Johnson said, adding that London would support Delhi’s goal of building its own fighter jets, to reduce expensive imports of military equipment.

India relies heavily on Russia for its military hardware and Delhi has come under pressure in recent weeks to reduce its imports from Moscow following Russian president Vladimir Putin’s launch of the war in Ukraine in February.

Delhi has not condemned the Russian invasion in the face of increasing pressure from the UK, US and other western nations.

“The threats of autocratic coercion have grown even further,” Johnson said alongside India’s prime minister Narendra Modi, in an apparent reference to Beijing.

“And it’s therefore vital that we deepen our cooperation, including our shared interest in keeping the Indo-Pacific open and free.”

India has a mix of Russian, British and French fighter jets as it faces increasing aggression from China, whose close ally in the region is Pakistan.

India is also part of the Quad grouping with the United States, Japan and Australia that is seen as a bulwark against an increasingly assertive China in the Indo-Pacific.

Johnson finally made his visit to India after the trip was delayed twice owing to the Covid-19 pandemic in the past two years, but the visit was overshadowed by questions over the “partygate” scandal in London.

Johnson was the most recent among high profile visitors to New Delhi in recent weeks as a US-led alliance seeks to lure India away from Moscow, promising enhanced security, defence and energy cooperation.

India’s foreign secretary said Johnson did not put pressure on Modi over New Delhi’s position on Russia’s invasion of Ukraine.

“Prime minister Johnson shared his perspective on it, prime minister Modi shared ours – which is that the Russia-Ukraine war should end immediately,” Harsh Vardhan Shringla told reporters. “There was no pressure of any kind.”

Johnson said after meeting Modi it was unlikely India would end its long-standing ties with Russia. “The position on Russia that the Indians have historically is well known. They are not going to change that, of course, that’s true,” he told a press conference on the final day of his two-day trip. “But they can see what is going on and there is an increasing appetite to do more with the UK.”

Johnson said negotiators from the two countries were expected to complete a free-trade deal by the end of this year.

“We’re telling our negotiators to get it done by Diwali in October. This could double our trade and investments by the end of the decade,” he said.

New Delhi has sought more UK visas for Indians to work or study in Britain.

Johnson said the new bilateral partnership with India was “a decades-long commitment” and he praised the relationship between “one of the oldest democracies, and India, certainly the largest democracy”.

Modi said it was “historic” that Johnson’s visit to India came in the 75th year of its independence. “We discussed several regional and international developments and stressed a free, open, inclusive and rule-based order in the Indo-Pacific,” he added.

Exact details of the security partnership were not immediately available.

But Johnson said the two had agreed to work together in defence procurement “to meet threats across land, sea and air, space and cyber, including partnering on new fighter jet technology, maritime technologies to detect and respond to threats in the oceans”.

New Delhi has long sought to bolster its domestic military manufacturing capacity, partly to reduce its dependence on Moscow and partly as a contribution to its “Make in India” campaign.

Johnson said Britain was also creating an India-specific open general export license to slash delivery times for defence items. Only the European Union and the United States currently have such licences.

However, Mohan Guruswamy, a director of the Centre for Policy Alternatives in New Delhi, said India would remain reliant on Russian military equipment, partly because it is cheaper.

“Russia’s offer to India is always that ‘Our cupboard is open’, (but) Britain doesn’t offer India everything it wants and what it does make available is usually more expensive,” he said.

British trade with India, was worth £23 billion in 2019, much lower than the UK’s trade with some much smaller economies such as Ireland.

Johnson began his maiden India visit as prime minister last Thursday (21) in Modi’s home state of Gujarat, where he announced new investments worth £1bn that he said will help create 11,000 jobs across the UK. (Agencies).