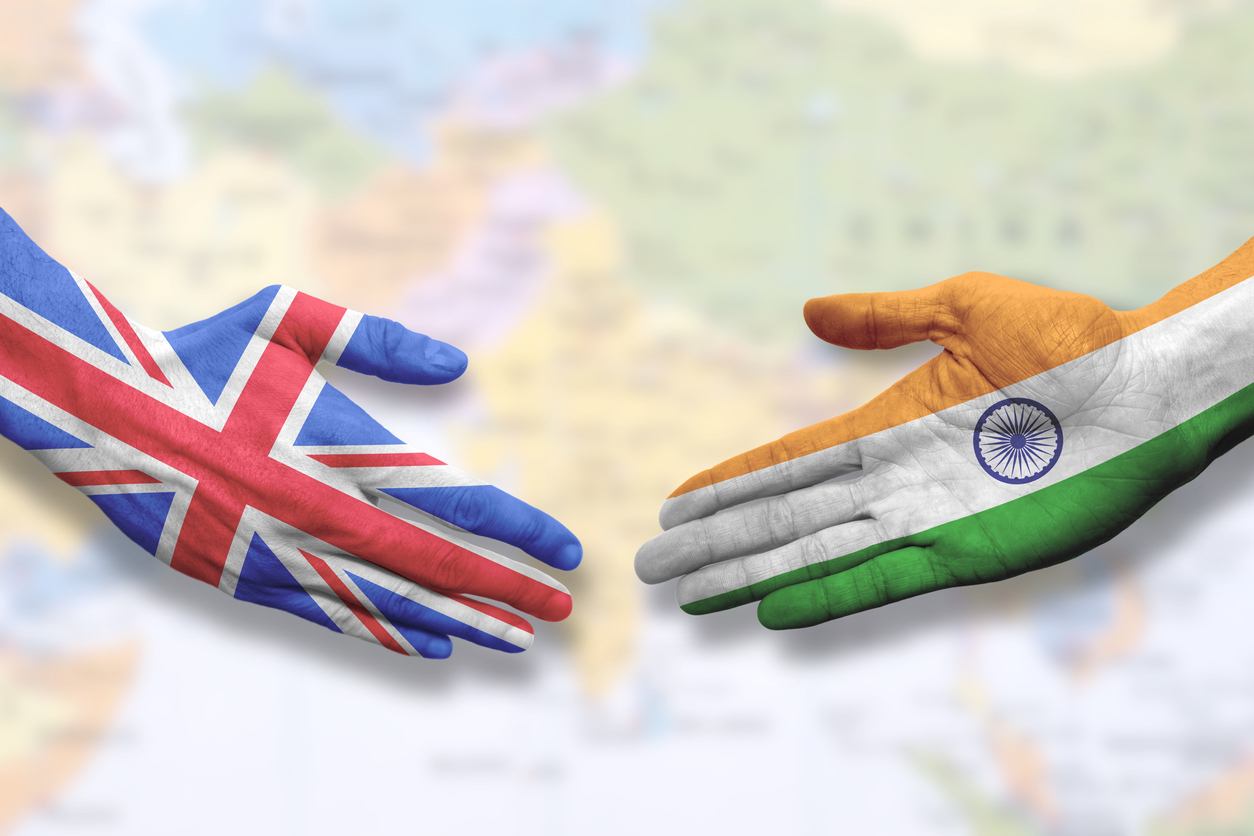 AS UK secretary of state for international trade Anne-Marie Trevelyan arrived in New Delhi, India, on Wednesday (12) to formally kick-start free trade agreement (FTA) negotiations, business and industry chiefs on both sides on Tuesday were ecstatic over a “win-win” deal.

Trevelyan is set to meet India’s commerce and industry minister Piyush Goyal on Thursday (13) when the ball is expected to roll on the FTA, something the UK’s department for international trade (DIT) hopes will yield a “bold new deal” with an economy set to become the world’s third biggest by 2050.

Having declared her plans to “drive forward an ambitious trade agenda” which represents the UK’s Indo-Pacific tilt in action, Trevelyan is expected to offer some attractive trade terms to India.

The Confederation of British Industry (CBI) believes that easier movement of professionals between India and the UK will be important aspect of the talks.

“Trade and mobility are intrinsically interconnected. Businesses’ ability to move people across borders is crucial to expand their pool of talent, drive productivity and go global,” a CBI spokesperson said on the eve of the visit.

“With both India and the UK home to thriving services sectors firms, will be keen to see negotiations focus on making it easier for them to practice, invest and grow in India,” the spokesperson said.

British prime minister Boris Johnson was recently forced to deny in the country’s parliament that easier visa norms for Indians will form part of the FTA negotiations, the mobility of students and professionals is expected to be on the agenda for talks.

The Federation of Indian Chambers of Commerce & Industry (Ficci) welcomed the “very reassuring” visit of the UK trade secretary, following its own inputs to the government towards securing a “win-win deal”.

“Emphasis on promoting new frontiers in the future, is noteworthy. This will help both countries to build a greener, more innovative and more sustainable economies,” he said.

“Ficci members from the agri, pharma and life sciences, renewables and electric vehicles, financial services and healthcare sectors, amongst others, would be closely following these discussions, towards which they have shared their recommendations with the government of India. We hope these would help the Indian government to negotiate a win-win deal with the UK,” he added.

Rahul Roy-Chaudhury, Senior Fellow for South Asia at the International Institute for Strategic Studies (IISS) in London, said defence industrial cooperation is essential in elevating the bilateral relationship between the two countries to a truly comprehensive strategic partnership.

“The India-UK Roadmap 2030, unveiled virtually eight months ago by both Prime Ministers, highlighted collaboration on key military technologies including combat aircraft, maritime propulsion system and complex weapons through co-development and co-production. Yet, the UK currently accounts for less than 3 per cent of India’s share of defence, mainly comprising spare parts; and there is no substantive UK role in India’s two defence industrial corridors,” Roy-Chaudhury was quoted as saying by the Press Trust of India.

The strategic expert believes both countries need to take a “bold and imaginative approach” towards the transfer of technology and the sharing of intellectual property rights (IPR), critical for defence industrial cooperation”.

“Whereas the UK could seek to re-look at the denial to India of technology perceived to be of dual use, even though a very small percentage, India would need to provide tight guarantees that there would be no leakage of sensitive technology to India’s steadfast defence partner Russia, considered to be the UK’s most ‘acute threat’,” he said.

Such issues are likely to come up during the ministerial visit this week, when Trevelyan is set to attend a defence industry roundtable hosted alongside Indian defence secretary Dr Ajay Kumar to promote future defence collaboration and strategic cooperation in the Indo-Pacific region.

Green trade and the removal of market access barriers for both UK and Indian businesses have been highlighted as priorities as the minister joins Goyal for the 15th UK-India Joint Economic and Trade Committee (Jetco) to review progress of the UK-India Enhanced Trade Partnership agreed in May 2021.

The UK’s target will be on reduced tariffs from up to 150 per cent on key exports such as cars and Scotch whisky to make UK goods more competitive in the Indian market.

According to latest DIT figures, total trade in goods and services between the UK and India was £23.3 billion in 2019, with Indian investment in the UK supporting 95,000 jobs across the country.

A new trade deal is expected to play a key role in achieving the target set by Indian prime minister Narendra Modi and his British counterpart Boris Johnson of doubling bilateral trade by 2030.