Covid: India-West Indies twin series to be played at 2 venues 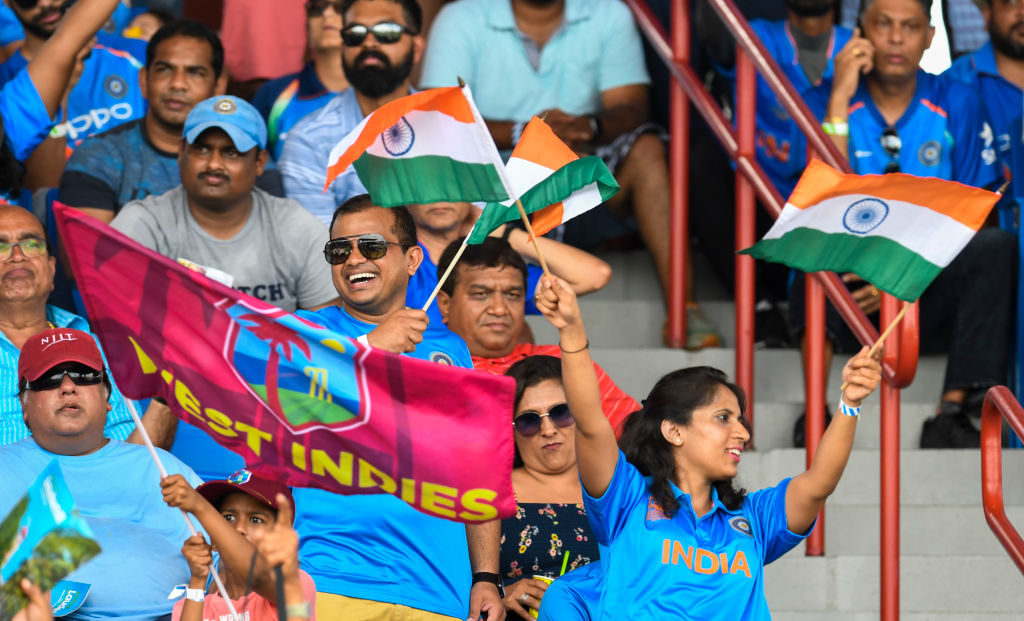 Supporters of the Indian and West Indian cricket teams wave flags during a match between the two countries. (Photo by RANDY BROOKS/AFP via Getty Images)

INDIA’S upcoming one-day international and T20 international series against the West Indies at home will be played at two venues in order to minimise “biosecurity risks” amid Covid-19 pandemic, the Board of Control for Cricket in India (BCCI) said on Saturday (22).

The twin series in white ball was originally planned to be played across six grounds, including Jaipur, Visakhapatnam, Cuttack and Thiruvananthapuram but now, they will be held in Ahmedabad (one-day series) and Kolkata (T20 series).

“The decision … has been done to mitigate biosecurity risks by cutting down on travel and movement of the teams, match officials, broadcasters, and other stakeholders,” BCCI said in a statement.

The three ODIs will now be played at the Narendra Modi Stadium, Ahmedabad and three T20Is will be held at the Eden Gardens, Kolkata.

The West Indies last toured India for white-ball series in 2019-2020 when the home team won both the one-day and T20 series.