Cricket-crazy India win gold in less-followed sport at CWG 2022: What is lawn bowls? 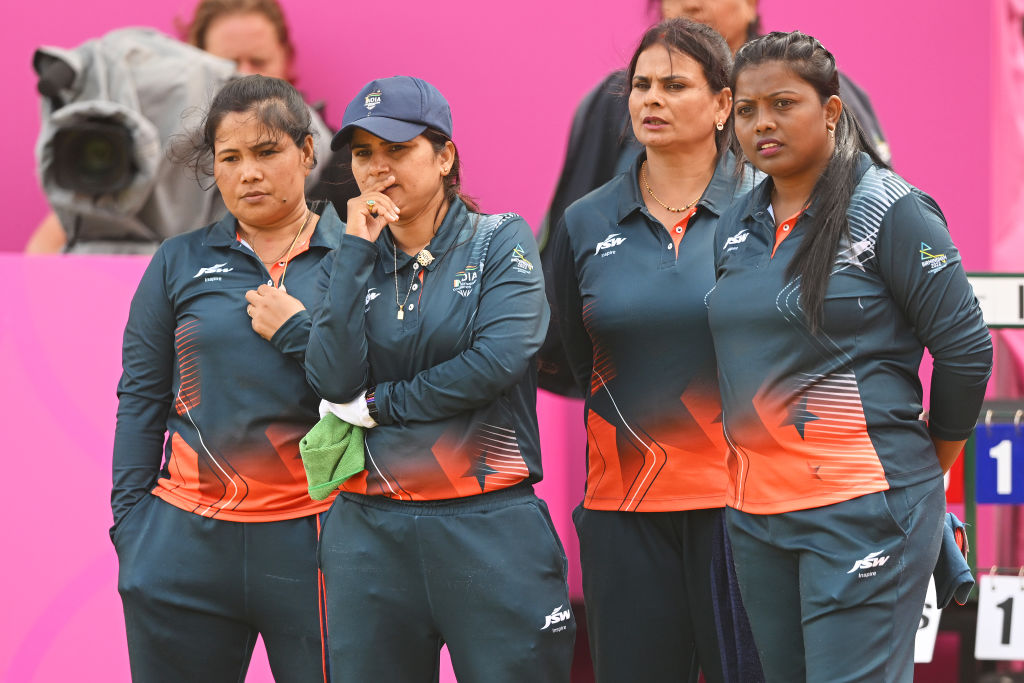 India lawn bowls players look on during the Women’s Fours – Gold Medal Match on day five of the Birmingham 2022 Commonwealth Games at Victoria Park on August 02, 2022 on the Leamington Spa, England. (Photo by Nathan Stirk/Getty Images)

A COUNTRY where cricket is followed as a religion, India on Tuesday (2) created history in the sporting world by clinching its first-ever Commonwealth Games gold by hammering South Africa 17-0 in the final in the ongoing edition of the quadrennial event in Birmingham, the UK.

The women’s fours team, which won the top medal, comprises Lovely Choubey (lead), Pinki (second), Nayanmoni Saikia (third) and Rupa Rani Tirkey (skip). Their male counterparts were less lucky as they were knocked out of the competition on Sunday (31) by losing to Northern Ireland 8-26 in the quarterfinal.

Overall, it was India’s fourth gold medal at the Birmingham edition and the first one in a team game as the three other have come in weightlifting. Besides, they have also won three silvers and as many silvers to remain at No.6 in the medal tally.

What is lawn bowls?

Lawn bowls, also known as lawn bowling, is a less-followed sport in India. In it, the objective is to roll biased balls close to a smaller ball called a jack or kitty. A lawn bowls ball weighs around 1.5 kilograms. It is also called a biased ball since it is heavier on one side which enables a player to curve it.

The sport is played on a bowling green, which may either be flat or convex or uneven surfaces. Lawn bowls is generally played outdoors and the surface could be either natural grass, artificial turf or ‘cotula’, as it is called in New Zealand.

While lawn bowls has been part of the Commonwealth Games since 1930, the women’s fours category started only in 1986. England, Australia and South Africa are among the major teams that have dominated in the history of lawn bowls.