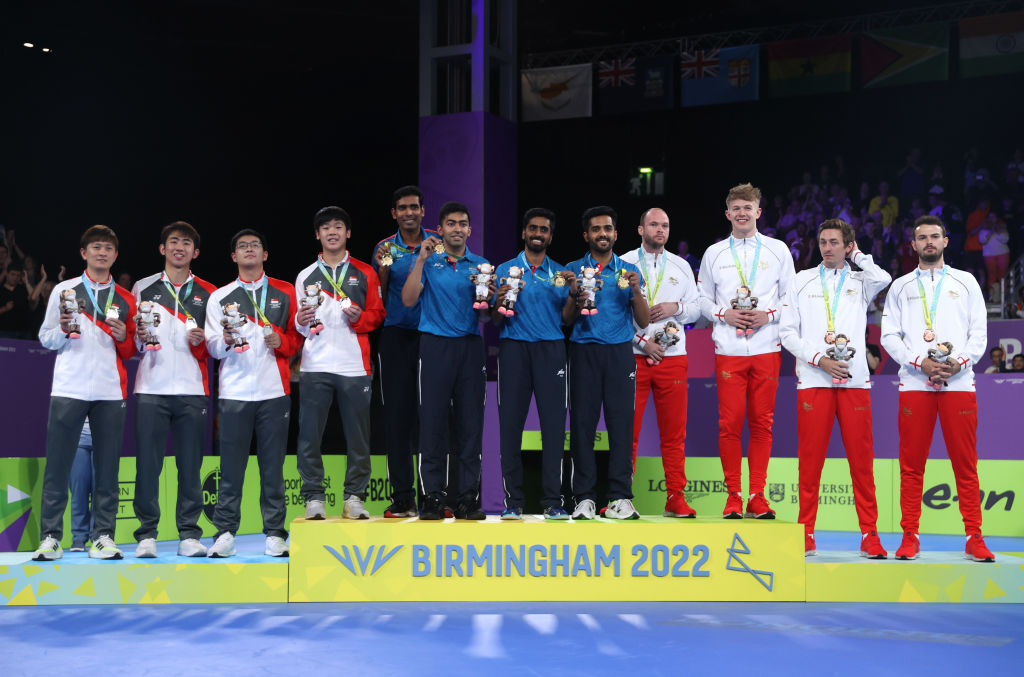 Indian men’s table tennis team clinched the gold medal defeating Singapore 3-1 in the final at the ongoing Commonwealth Games 2022 in Birmingham, the UK, on Tuesday (2).

It was another dominant performance by the Indian paddlers. In the first match at the NEC Table Tennis Show Court 1, Harmeet Desai and Sathiyan Gnanasekaran defeated Yong Izaac Quek and Yew En Koen Pang 13-11, 11-7, 11-5 to give India an early lead.

In the second match of the final, Sharath Kamal Achanta took on Zhe Yu Clarence Chew. The first game was tough for the Indian ace as he went down 7-11 against his Singapore rival. However, he made a strong comeback and won the second game 14-12.

India have so far won five golds, three silvers and as many bronze medals in the games and are placed sixth in the medals tally.