Indian-Americans celebrate Chhath Puja across US 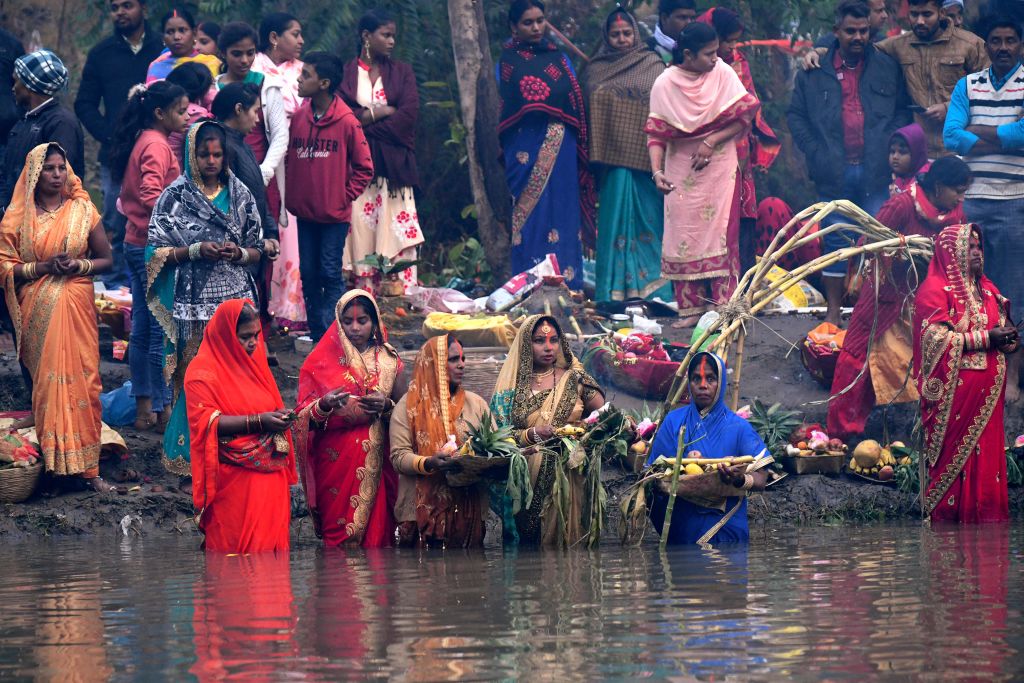 A scene from a Chhath Puja spot in India on Thursday, November 11, 2021. (Photo by NARINDER NANU/AFP via Getty Images)

HUNDREDS of Indian-Americans across the United States have flocked to river banks, lakes and makeshift water bodies to worship the Sun God as they took part in Chhath Puja, a popular Hindu festival.

The turnout of the devotees was considerable this year compared to last when the festival saw a limited participation because of the coronavirus pandemic. Many people even drove several hundred miles to reach the nearest place to worship the Sun God.

In a Virginia suburb of Washington DC, more than 400 Indian-Americans assembled on the banks of the Potomac River on Wednesday (10) evening and Thursday (11) morning to worship sunrise and sunset.

Chhath is mostly celebrated in the northern Indian states of Bihar, Jharkhand and Uttar Pradesh. During the festival, people fast, bathe in rivers and offer prayers to the Sun God for their well-being and prosperity in life.

“We expect this event to revive totally to reach the original strength of 800 people by next year,” Kripa Singh, an eminent Indian-American community leader from the Greater Washington area, told Press Trust of India.

Even for those who could not attend the festival in person because of the pandemic and whose families are based in India and Nepal, the entire series of events from ‘kharna’ to morning ‘arghya’ was streamed live on Zoom and Facebook.

Besides being celebrated in Arizona, Arkansas, Pennsylvania, Florida, Texas, the festival made its debut in Connecticut this year and was attended by scores of Indian-Americans.

At most places, community members gathered at one place to cook food and ‘prasad’ for the offerings.

“Nothing brings people together like festivals do. The Indian diaspora in the US, mainly from Bihar, Jharkhand and Eastern UP, at the Chhath ghat in Raleigh, North Carolina, USA,” the Bihar Foundation said in a tweet, sharing pictures of people celebrating Chhath. The Bihar Foundation is an initiative of the government of Bihar to facilitate interaction between the state and the diaspora.