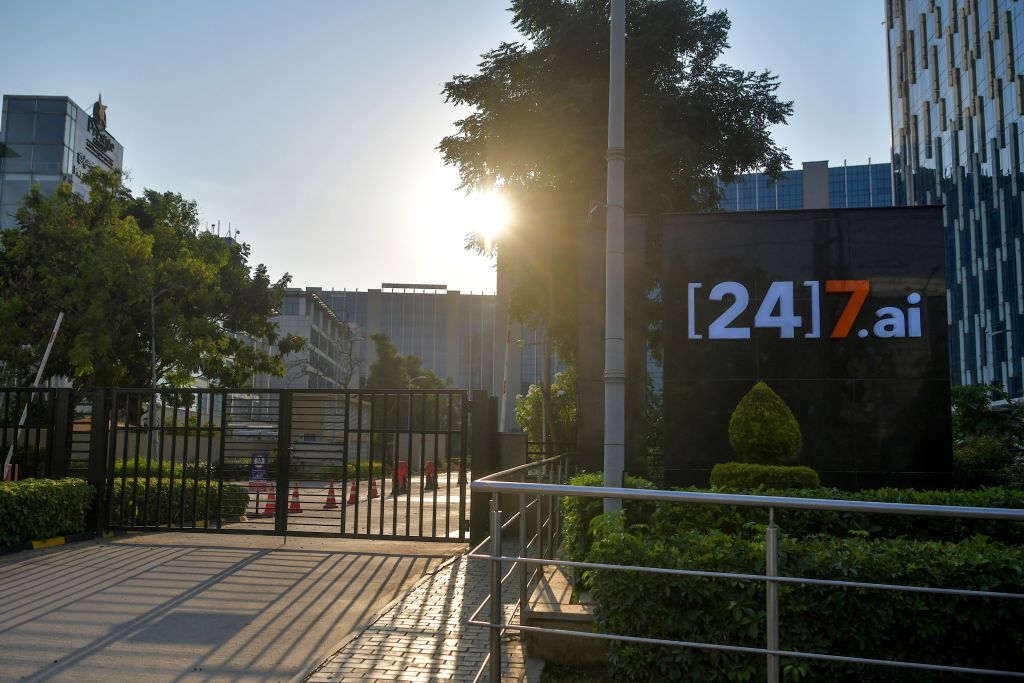 The Indian office of US multinational customer experience software and services company (24)7.ai in Bengaluru, the country’s IT capital. (Photo by MANJUNATH KIRAN/AFP via Getty Images)

THE southern Indian city of Bengaluru held on to its record trend of attracting technology investments and other Indian cities such as Mumbai and Delhi and hubs such as Telangana and Kerala are also making a mark on the global startup ecosystems charts, according to new research released at London Tech Week 2022 on Tuesday (14).

Research from Dealroom.Co for London & Partners – London’s business growth agency, showed that Bengaluru is the leading Asian city and fifth-ranked hub in the world for tech venture capital (VC) investment in 2022.

A separate ‘Global Startup Ecosystem’ report from Startup Genome found that the Asian scenario in the sector once dominated by Beijing, Singapore, Hong Kong, and Korea is now being considerably disrupted by the likes of Bengaluru, Mumbai, and Delhi.  While Bengaluru ranked 22nd in the global startup ecosystem index due to major improvements in its market reach and access to funding, Delhi moved up an impressive 11 places coming in at No. 26, with Mumbai at No. 36.

“It’s fantastic to see startup growth across the whole of India as this creates lots of opportunities for collaboration with London,” said Hemin Bharucha, Director of India for London and Partners.

The investment research revealed that in the first five months of this year (January to May) Bengaluru’s tech firms have raised $7.5 billion (£6.2 billion) in VC funding, considerably higher than the previous record of $5.2 billion (£4.3 billion) during the first six months of 2021.

The city aptly named the “Silicon Valley of India” is now attracting more investment than other global hubs like Singapore, Paris, and Berlin and is trailing closely behind Greater Boston and New York.

The UK capital is also by far the most attractive tech hub in Europe for international VC investment, with London firms raising $11.3 billion so far in 2022, significantly more than the likes of Paris ($5 billion or £4.1 billion) and Berlin ($2.4 billion or £1.9 billion).

According to London and Partners, the UK capital is the number one European city for Indian companies looking to expand outside of their home market and second after Dubai for the number of foreign direct investment projects from India in the past five years.

“This research demonstrates that London and Bengaluru are not just the leading startup hubs in Europe and Asia but they are also competitive on the global stage,” Bharucha added.

The ‘Global Startup Ecosystem’ report highlighted Bengaluru’s formidable status as the tech capital of India, with an ecosystem value of $105 billion (£87 billion) — higher than Singapore ($89 billion or £74 billion) and Tokyo ($62 billion or £51.3 billion).

Bengaluru’s massive growth in 2022 is largely attributed to greater access to funding with major funding rounds in 2022 for scale-up tech companies, including a $55.7 million (£46 million) Series D for Ather Energy and Swiggy’s $700 million (£580 million) round in January.

In addition, the Startup Genome report also highlighted London’s strengths in high-growth sectors such as Fintech, EdTech, and ClimateTech. The city has produced more unicorns startups and billion-dollar exits than any other European hub.

“London is the undisputed tech and innovation capital of Europe and this independent report demonstrates that our startup ecosystem is also one of the most diverse and vibrant in the world. The record levels of investment we’ve seen so far this year offer further proof that London’s tech sector continues to go from strength to strength,” said London Mayor Sadiq Khan.

The UK capital’s startup ecosystem also demonstrated its resilience despite Brexit and the pandemic, securing the second spot for the third year in a row with a total value of $314 billion (£260 billion) and is now home to 80 unicorns.

It is the community with the highest Global Connectedness after Silicon Valley and the best place in Europe to scale a tech business to global category leadership,” said JF Gauthier, Founder, and CEO, of Startup Genome.

Additional findings from the report show that the global tech sector has weathered the pandemic better than other industries. It reveals that since the pandemic, tech companies grew 2.3 times more than their non-tech counterparts.