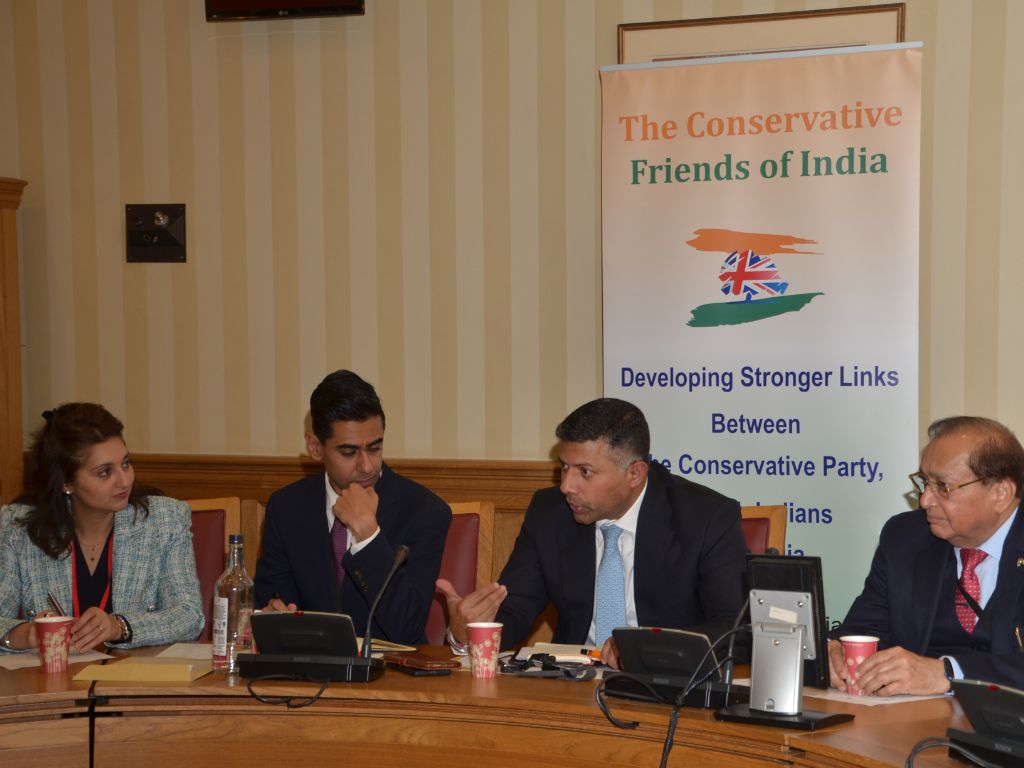 The Conservative Friends of India (CF India) on Thursday (24) hosted an exclusive roundtable session for the UK’s Conservative MPs with the Indian high commissioner to London, His Excellency Vikram Doraiswami.

During the meeting, the MPs called for e-visas to be reinstated, an issue they have been lobbying CF India to address since last year.

This aim is to reduce delays in visa-processing times and erase difficulties in securing visa appointments.

Other topics discussed at the event included further development of UK-India relations, especially in the fields of geo-political and climate change.

The high commissioner on the occasion congratulated CF India on the role it played in strengthening bilateral links between the UK and India.