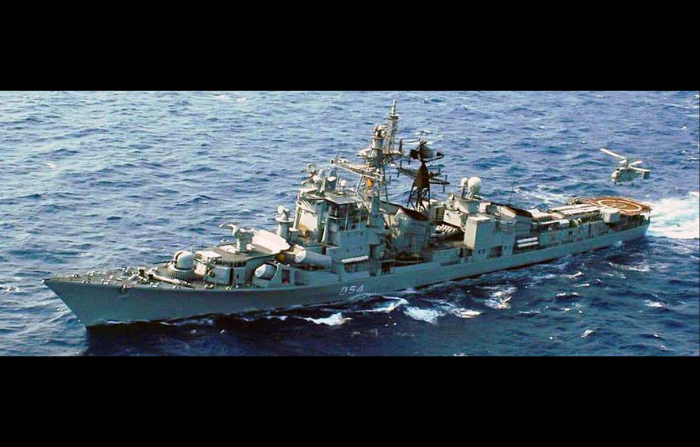 THREE personnel of the Indian Navy were killed on Tuesday (18) when an explosion took place on board a vessel at a naval dockyard in the city of Mumbai in the western state of Maharashtra.

The navy, however, did not cite a reason for the blast and said a board of inquiry has been constituted to probe the incident.

In a statement, it said, “The ship’s crew responded immediately and quickly brought the situation under control. No major material damage has been reported.”

INS Ranvir, the ship on which the explosion took place, is one of the oldest warships in the Indian Navy – a Soviet-era destroyer which was commissioned in the mid-1980s. It has been on operational deployment from the Eastern Naval Command since November and was due to return to the base port soon, the navy said.

The explosion took place in an internal compartment on board the vessel.

On Wednesday, the navy said, “Admiral R Hari Kumar, chief of naval staff and all personnel of Indian Navy extend heartfelt condolences to the families of Krishan Kumar MCPO I, Surinder Kumar MCPO II & AK Singh MCPO II, who succumbed to injuries caused by the unfortunate incident on board INS Ranvir on January 18, 2022. We fully stand by with the families in this difficult time.”

In August 2013, explosions on board INS Sindhurakshak had killed 18 sailors and caused the submarine to sink off the Mumbai harbour.