Indian opposition leader says Modi will die like Hitler, slammed even by own party 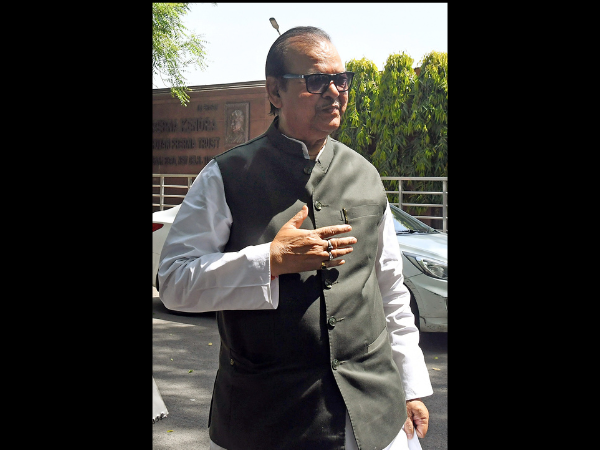 AT a time when India’s opposition Indian National Congress party is protesting over the Enforcement Directorate summoning its leader Rahul Gandhi in connection with a money-laundering case, a leader of the grand-old party sparked a major controversy with a remark on prime minister Narendra Modi.
Former central minister Subodh Kant Sahay on Monday (20) hit out at Modi saying the Indian prime minister will die like Hitler.

It did not take much time for Sahay to face a backlash, even from his own party.

Veteran Congress leader and former minister Jairam Ramesh said he did not agree with Sahay’s remark and said, “The Congress party will continue to fight against the dictatorial ideology and anti-people policies of the Modi government. But we do not agree with any indecent remarks towards the Prime Minister. Our struggle will continue on Gandhian principles and way.”

“It is in Congress’s DNA to use such unconstitutional language. I would like to remind everyone that when PM Modi was the CM of Gujarat, during the assembly polls, then Congress chief Sonia Gandhi called him “maut ka saudagar [merchant of death],” he told India Today TV.

“The people of Gujarat were hurt by the use of such language, which is why PM Modi managed a landslide victory in that election. People are showing love for Modi by electing him PM again and again. It is because of this that Congress is frustrated,” Das said.

BJP leader Amit Malviya said, “Is this the first time Congress has spoken in such derogatory terms about the prime minister? The truth is that the Congress is frustrated, they have been reduced to a fringe, and therefore, all they can do is come up with this kind of language for the PM who is actually working for the country.

“Their frustration gets further increased as even after eight years in office, PM Modi’s popularity continues to soar, and he continues to take top political decisions bringing in much-needed reforms for the country.”

He also said the much-debated ‘Agnipath’ scheme for the armed forces brought by the Modi government was required long time ago but the Congress never went for it. He alleged that the violence which has erupted across India over the ‘Agnipath’ scheme happened at the behest of the opposition party.