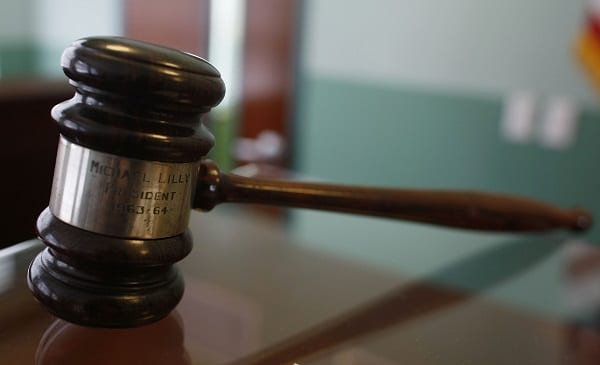 WESLEY MATHEWS, the Indian-American foster father of three-year-old Sherin Mathews, has been denied a new trial in the tragic death of the Indian toddler in 2017, in a case that attracted international attention.

Mathews, 39, pleaded guilty on June 24 to a lesser charge of injury to a child in Sherin’s death and was sentenced to life imprisonment.

He was originally charged with capital murder by authorities in the US state of Texas after they discovered Sherin’s highly decomposed body following a massive search that lasted 15 days.

Mathews will continue to serve his life sentence for the death of Sherin, whose body was found in a culvert in Richardson city in Dallas two weeks after she went missing in October 2017, The Dallas Morning News reported.

His defence claimed the jury in the June trial should never have been shown photographs of the child’s dead body, or photos that detailed a history of injuries prior to her death.

Mathews’ lawyers argued their client deserved a new trial in part because prosecutors showed a picture of Sherin’s body to the jury.

The defence team filed a motion for a new trial last month, arguing that “photographs of the remains of the decedent, both where her body was discovered and in the autopsy suite” were so prejudicial as to deny Mathews a fair trial.

The lawyers also argued prosecutors failed to prove Mathews was responsible for broken bones Sherin suffered in his care, the report said.

Based on the above, Mathews’ defence filed a motion for a new trial. That motion was denied Thursday and now his team is expected to file an appeal, another media report said.
In June, Mathews avoided a capital murder trial by pleading guilty to a lesser charge of injury to a child by omission.

At his trial, he told the jury Sherin died after she choked on milk in the family’s garage and that he wrapped her body in a trash bag because he wanted “to do something nice” for her.
Mathews never called 911 or sought help from his wife-a registered nurse- because he said fear prevented him. He drove to a nearby culvert, where he left Sherin’s body.

The child’s body was found two weeks later, so badly decomposed that prosecutors said a true cause of death couldn’t be determined.

Sherin’s adoptive mother, Sini Mathews, was also criminally charged after the child’s body was found, but that case was later dismissed after the Dallas County District Attorney said there was not enough evidence to prosecute.

Mathews and his wife Sini, both hailing from Kerala, adopted Sherin from an orphanage in Bihar’s Nalanda district in 2016.

Police charged Sherin’s foster mother Sini with child abandonment in November 2017, after Mathews told officials that the couple left the toddler alone the night of her death while they went to dinner with their biological daughter.

Sini’s case was dismissed in March this year after prosecutors said they could not prove it beyond a reasonable doubt.

Sherin’s death attracted the attention of the Indian government and then External Affairs Minister late Sushma Swaraj took keen interest in the case and also instructed the Indian mission in Houston to make sure that the Indian toddler received justice.