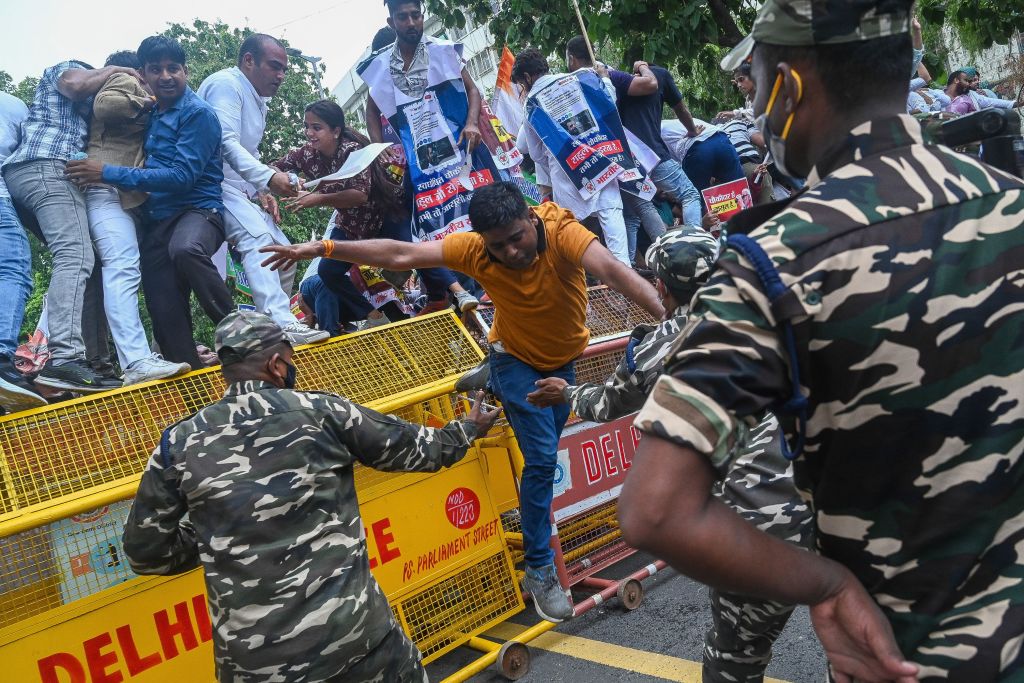 INDIA’S Supreme Court on Wednesday (27) ordered an independent investigation into the alleged government use of Pegasus spyware on journalists, opposition politicians and activists, with the chief justice calling the implications “Orwellian”.

India was one of 45 countries where tens of thousands of phone numbers were targeted by the spyware made by Israeli firm NSO, according to leaked documents released this year.

More than 1,000 of the numbers were Indian and the Supreme Court order followed petitions from individuals that the chief justice N V Ramana said “raise an Orwellian concern”.

He added that the court had accepted the petitions because “there has been no specific denial” by the government.

The state cannot be given a “free pass every time the spectre of national security is raised,” the court said as it named cyber and computer science experts to look into the allegations.

Phones infected with Pegasus software, which is normally only sold to governments or security agencies, give the user access to the target’s messages and photos and track their location.

Critics say that in India it is part of a growing assault on dissent and civil liberties under the Hindu nationalist government of prime minister Narendra Modi.

The Indian government would not deny or confirm the use of Pegasus because of national security. It offered to set up its own committee.

Soon after the Pegasus reports emerged in July, India’s Parliament was disrupted by opposition calls for an investigation.

A woman who had accused India’s former chief justice of sexual harassment was also reported to be on the list.

The Washington Post said an analysis of more than 20 Indian phones on the list showed that 10 had been targeted by Pegasus, seven successfully.

The court-appointed a three-member panel of cyber experts to probe the alleged surveillance.

Stating that “justice must not only be done but also be seen to be done,” the court rejected the government’s plea to allow it to appoint its own expert committee to investigate the allegations on the grounds that such a course of action would violate the settled judicial principle against bias.

It urged its former judge Justice R V Raveendran to oversee the functioning of the three-member panel and sought a report expeditiously from the committee.

The terms of reference of the committee are to investigate whether the Pegasus spyware was used on phones or other devices of the citizens of India to access stored data, eavesdrop on conversations, intercept information and to get details of the persons affected by such a spyware attack.

The committee would also investigate what actions have been taken by the government after reports were published in 2019 about the hacking of WhatsApp accounts of Indian citizens, whether any Pegasus spyware was acquired by the Union of India or any state government, or any central or state agency for use against the citizens of India.

It is also directed to make recommendations regarding enactment or amendment to existing law and procedures surrounding surveillance.