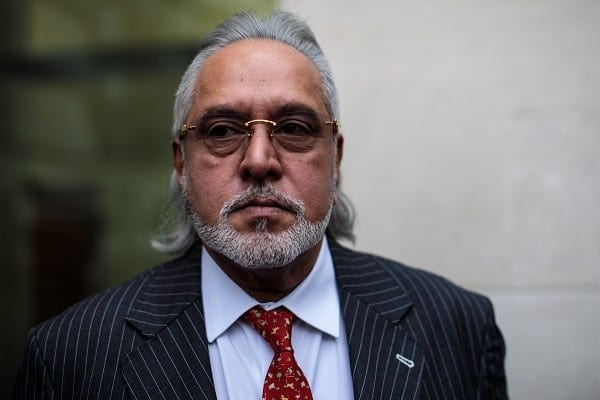 THE Supreme Court of India on Thursday (10) gave a final opportunity to fugitive businessman Vijay Mallya, accused in a bank-loan default case of over Rs 9,000 crore (£878 million) involving his defunct Kingfisher Airlines, to appear before it personally or through his lawyer in a contempt case where he has been found guilty.

The apex court said it has given multiple opportunities to Mallya to appear either personally or through a lawyer and had even given specific directions in its last order dated November 30, 2021.

A bench comprising justices U U Lalit, S Ravindra Bhat and P S Narasimha posted the contempt case for further hearing after two weeks, saying that respondent contemnor (Mallya) is at liberty to act as per direction given in order dated November 30 last year, failing which the matter shall be taken to its “logical conclusion”.

At the outset, the bench told senior advocate Jaideep Gupta, who has been appointed amicus curiae in the matter, that it has found the contemnor guilty of contempt of court, and now, punishment has to be imposed.

“Going by normal logic, the contemnor has to be heard but from that stage he has not appeared before the court. What course should the court adopt,” the bench asked Gupta, adding that ministry officials say some proceedings are going on but the court does not have any idea about it.

Gupta said the contemnor does not need to be physically present, and he can appear through his counsel, and the court may clarify this further in its order.

Justice Bhat said that the case has different colours, and the contemnor has abstained from the proceedings.

“Next hearing, the same thing will happen. We will have to pronounce the sentence in absentia. In this situation, in other countries courts are not powerless. We want assistance in that regard,” Justice Bhat said.

The bench said this problem should not become a gateway for courts of first instance to adopt this course.

“We will have to say that this is in extraordinary circumstances in which he has been found guilty and is on the run. We need to have appropriate safeguards,” it said.

Gupta said the court would have to make it clear what would happen and what consequences would follow, if Mallya does not appear either personally or through his lawyer.

Solicitor General Tushar Mehta, appearing for the Indian government, said the court has inherent jurisdiction in contempt cases and that it has given enough opportunity to Mallya, which he has not taken.

He said it is not the government’s stand that something confidential is going on, rather the Indian government has been informed by UK officials that there is some confidential proceeding going on which cannot be shared. The bench asked Gupta, “What should the court do? Should we appoint an amicus for the contemnor or do we proceed ahead? Normally, in criminal matters, we appoint an amicus to represent the accused.”

Gupta said that if no lawyer appears for him or makes submissions on behalf of him, then the court should appoint an amicus curiae to represent the accused.

The bench then noted in its order that responding to its request in the order dated November 30, 2021, senior advocate Jaideep Gupta has accepted to assist the court as amicus curiae and submits that on issue of sentence, this court had granted liberty to the contemnor to advance submissions as deemed appropriate.

On November 30 last year, the top court said it cannot wait any longer and the sentencing aspect in the contempt matter against Mallya would be dealt with finally.

Noting that Mallya, who is presently in the United Kingdom (UK), was held guilty of contempt in 2017, and the matter was thereafter to be listed to hear him on the proposed punishment to be awarded to him, it had said that the apex court has waited “sufficiently long”.