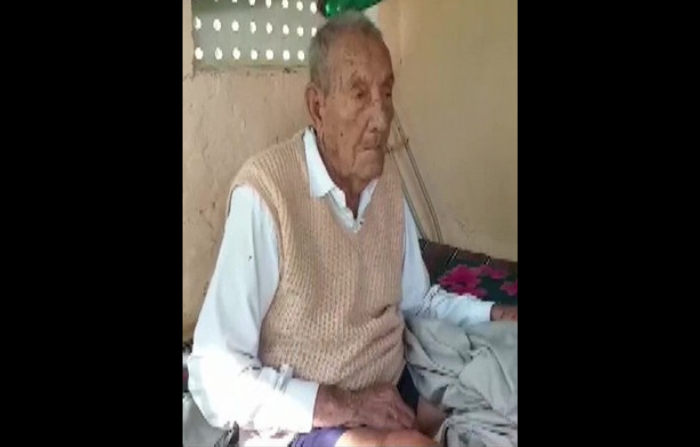 SEPOY Balwant Singh, a 97-year-old Indian veteran who lost a leg during World War II (1939-45) in Italy has won a battle for a bigger pension which was earlier denied to soldiers who were injured before the country achieved independence in 1947, AFP reported.

Singh was one among the millions of soldiers from the then British India who took part in the war on behalf of the Allied forces across Europe, Asia and Africa.

Nearly 90,000 were killed in the devastating war and among them was Singh’s older brother Jaswant who died in Italy. Nearly 35,000 were injured.

Singh, who belongs to the north-western Indian state Rajasthan, was drafted into the British Indian Army’s Punjab Regiment in 1943 and narrowly escaped death in a landmine blast in Italy, one of the members of the Axis Powers, the next year, the report added.

He received treatment in a military hospital and was sent back to India.

In 1946, Singh was discharged from military service on a general disability pension of 20 rupees that gradually became 7,000 rupees in seven decades.
The Indian government decided in 1972 to give an additional war injury pension to soldiers who were injured or disabled during battles fought since 1947 but not before that.

Singh then filed a plea with the Armed Forces Tribunal in 2010 under the Indian Army’s War Injury Pension scheme to raise his annuity and also recognise his services in the Second World War.

The New Delhi-based tribunal ruled in favour of the veteran this year and more than doubled his monthly pay-out and awarded him back payments, although only back to 2008.

But Singh was still elated.

“I am extremely happy,” Singh, with a weak voice and hearing problems, told AFP over the phone from his village.

Subash, Singh’s 64-year-old son, said the recognition of his father’s military service and contribution in the war was bigger than the increased payout.

“My father was unhappy for being denied the war injury pension. His sacrifice remained unacknowledged for nearly 77 years but he is now jubilant,” he told the outlet.