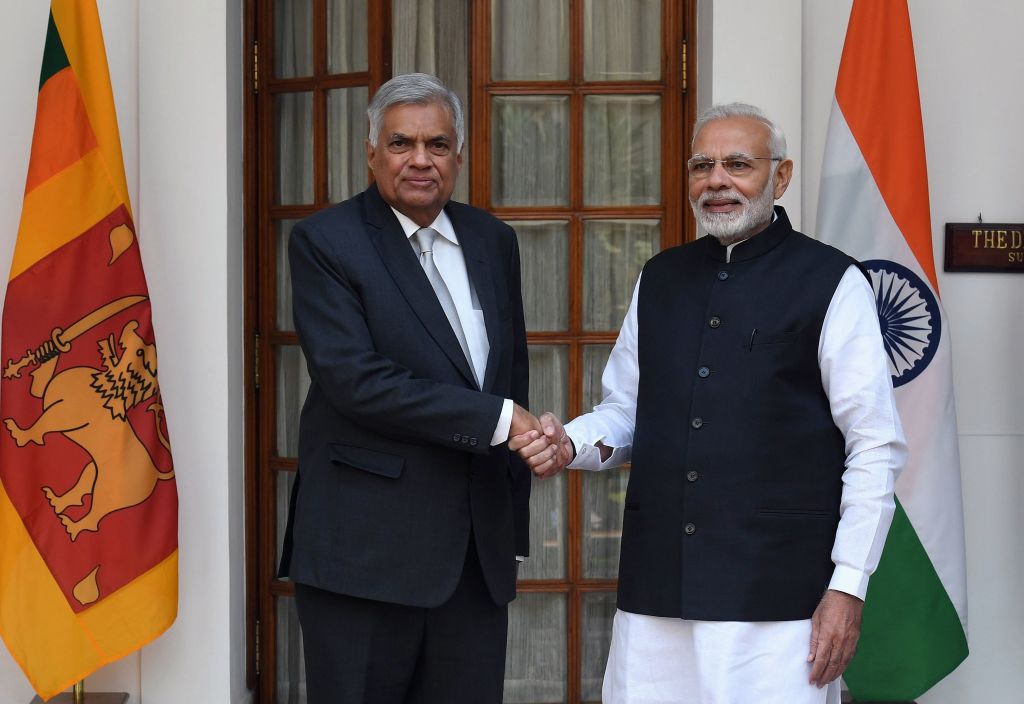 The Sri Lankan government has asked China to defer the arrival of its ship Yuan Wang 5 at its Hambantota port till Colombo and Beijing had further consultations on the matter. The space-satellite tracker vessel was scheduled to reach the Chinese-leased port on August 11 for refuelling purpose and leave six days later.

On Friday (5), the Sri Lankan foreign ministry deferred the permission to allow the ship to dock at its port and wrote to its Chinese foreign ministry officials through proper diplomatic channels, Indian daily Hindustan Times reported.

India had earlier expressed concerns over China’s move to set the ship, which can be used for launching intercontinental ballistic missile with a wide aerial scope to track areas with a parameter of 750 kilometres, on the Sri Lankan port which was leased to a Chinese firm by the island-nation after it failed to pay its loans. Beijing has denied throughout that Sri Lanka has been pushed into a debt trap even though there is virtually zero economic activity in Hambantota, WION News reported.

According to the Hindustan Times, New Delhi was particularly concerned over the arrival of the Chinese ship at the Lankan port suspecting that it could be used to map the ocean bed — a critical necessity for anti-submarine operations of the Chinese Navy. It also said that the Chinese envoy to Sri Lanka said that denial of permission to the ship would impact the bilateral ties between Colombo and Beijing.

A report from the US’s Pentagon claimed earlier that China’s Yuan Wang ships are operated by the Strategic Support Force of China’s People’s Liberation Army.

But it seems India’s objection prevailed over China’s insistence. The WION report said that Indian officials reportedly told the Sri Lankan authorities that allowing the Chinese ship could pose a threat to New Delhi’s national security. India’s external affairs ministry said it was monitoring the developments closely since it “bears on India’s security and economic interests”. It also said it would take “all necessary measures” to ensure India’s security. The Indian Navy also expressed its concerns.

Police in the southern Indian state of Tamil Nadu, which is not too far from Lankan coasts, also beefed up coastal vigilance ahead of the Chinese ship’s arrival.

Sri Lanka is currently fighting its worst economic crisis with sky-high inflation and severe shortage of fuel and electricity. The common people’s sufferings saw mass uprising which led to former president Gotabaya Rajapaksa fleeing the country and resigning. The country recently got a new president in Ranil Wickremesinghe, prime minister in Dinesh Gunawardena and a new government.

Taking to Twitter, the Indian High Embassy in Sri Lanka said that the island country’s PM noted in response to a congratulatory letter that was given from PM Modi that the enduring ties of friendship flourished between the two countries.

“India and Sri Lanka have flourished over the years into a mutually rewarding partnership across multiple spheres,” it added.

Sri Lanka’s decision to defer the Chinese ship’s arrival could be seen as its reciprocation to India’s massive aid of $3.5 billion in terms of essential items such as foodstuffs, medicine, fuel, etc. and for the observers of geopolitics, a gain for New Delhi’s ‘neighbourhood First’ policy.