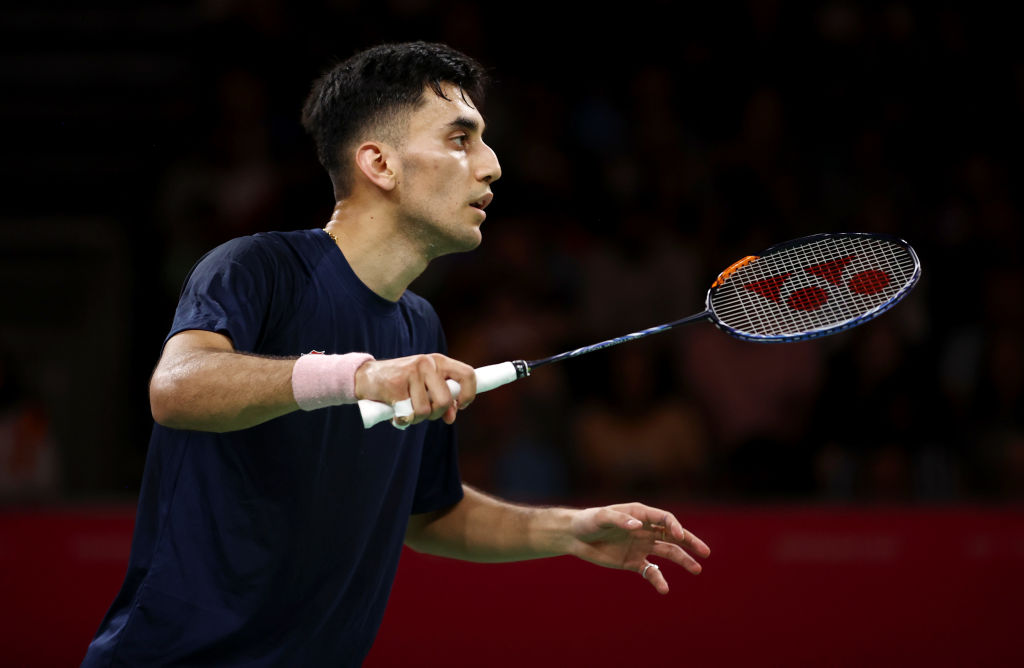 Lakshya Sen of Team India looks on against Ng Tze Yong (Not pictured) of Team Malaysia during the Badminton Men’s Singles – Gold Medal Match on day eleven of the Birmingham 2022 Commonwealth Games at NEC Arena on August 08, 2022 on the Birmingham, England. (Photo by Robert Cianflone/Getty Images)

Indian shuttler Lakshya Sen clinched the country’s second badminton gold of the day, defeating Malaysia’s Ng Tze Yong in the final of the men’s singles category at the ongoing Commonwealth Games 2022 in Birmingham on Monday (8), the concluding day of the Games. Sen won the match 19-21, 21-19, 21-16.

Sen’s gold was the 20th for India in this edition of the Commonwealth Games. The South Asian nation was at No.4 in the medal tally with 20 golds, 15 silvers and 22 bronzes. Australia with 177 medals were leading with England (170) and Canada (92) following

He took on the Malaysian challenge head-on and toiled his way towards the ultimate prize. Sen and his Malaysian opponent started the opening game on a mostly even note. Sen gained a slight advantage with a 5-4 lead. But Tze Yong was not the one to give up and not only did he score points, but he also made Sen toil hard for his own points. Sen kept fighting and eventually made things 19-19. But Tze Yong secured the first game after outclassing the Indian by 19-21.

The next game also started off as a see-saw contest, with Tze Yong having a lead. Sen continued fighting hard for his points and made things 6-6. Lakshya’s perseverance eventually took him to a 11-9 lead halfway into the game, which eventually widened to 18-9. Sen won the second game by 21-9 to set up an exciting decider.

The decider game also started on an exciting note, with both players toiling hard for points. Sen was better this time. Halfway through the game, he had an 11-7 lead, which widened to 15-11. Sen eventually swung his racket to a win by 21-16 in the third game, which helped him seal the match and clinch the gold.