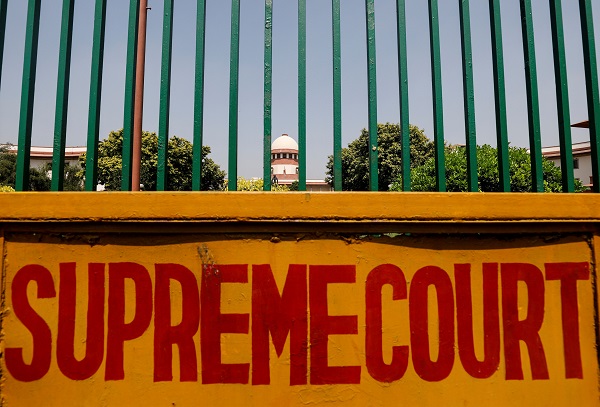 The Muslim couple referred to the temple ruling, which angered conservative Hindus, as a precedent to support their call for women to be allowed to pray at mosques (REUTERS/Anushree Fadnavis).

INDIA’S Supreme Court agreed on Tuesday (16) to consider a petition from a Muslim couple to allow women into mosques, seeking to overturn a centuries-old practice that largely bars women from the places of worship.

Women are not allowed inside most mosques in India although a few have separate entrances for women to go into segregated areas.

The petitioners, Yasmeen Peerzade and her husband Zuber Peerzade, said that women were allowed to enter mosques during the time of the Prophet Mohammad.

“Like men, women also have the constitutional rights to offer worship according to their belief,” they said in their petition.

“There should not be any gender discrimination and allow Muslim women to pray in all mosques,” they said.

The court last year lifted a ban on the entry of women of menstrual age at a Hindu temple in southern India saying it was a violation of their right to worship.

The Muslim couple referred to the temple ruling, which angered conservative Hindus, as a precedent to support their call for women to be allowed to pray at mosques.

A representative of a prominent organisation of Islamic scholars, the Jamiat Ulema-e-Hind, was not immediately available for comment.

The petition comes at a sensitive time for relations been minority Muslims and the majority Hindu community.

Some members of prime minister Narendra Modi’s Hindu nationalist ruling party have been accused of stirring communal animosity as the party seeks a second term in a staggered general election now underway.

Supreme Court judge S A Bobde said the court will examine the couple’s request at length.

The court in 2017 ruled as unconstitutional a law which allows Muslim men to divorce their wives simply by uttering the word “talaq”, which means divorce in Arabic, three times.

This year, the government issued an executive order making instant divorce an offence punishable with up to three years in jail.