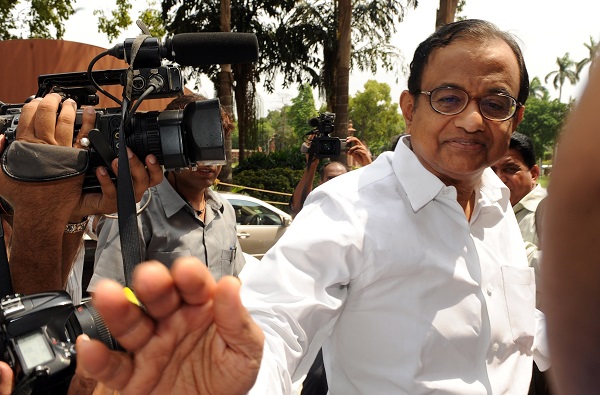 At the outset, a bench comprising justices R Banumathi and A S Bopanna said since Chidambaram has already been arrested and is in the custody of the Central Bureau of Investigation (CB), his appeal in the case has become infructuous (Photo: PRAKASH SINGH/AFP/Getty Images).

IN a setback for Congress leader, former India’s finance minister P Chidambaram, the Supreme Court on Monday (26) refused to entertain his petition challenging the dismissal of anticipatory bail in a corruption case lodged by the federal probe agency, CBI in the INX media scam.

At the outset, a bench comprising justices R Banumathi and A S Bopanna said since Chidambaram has already been arrested and is in the custody of the Central Bureau of Investigation (CB), his appeal in the case has become infructuous.

However, the bench said Chidambaram is at liberty to seek a remedy in accordance with the law.

Chidambaram, whose CBI custody is ending today, will be produced before a trial court where the agency can further seek his custody.

However, senior advocates Kapil Sibal and A M Singhvi said in their arguments that the CBI ensured that Chidambaram’s plea becomes infructuous by arresting him when he was seeking protection from arrest.

They said that immediately after the high court had dismissed his anticipatory bail plea in both CBI and ED cases on May 20, the senior Congress leader had moved the apex court in the post lunch session and his matter was listed for hearing on August 21.

While attempts were being made to get his petition listed for hearing on Wednesday, an order was passed that the matter will be heard on August 23.

Chidambaram was arrested on late evening of August 21.

Sibal narrated the sequence of events from August 20 to August 21 and said “the whole purpose of the CBI was to defeat the fundamental rights of my client, (Chidambaram) and his liberty guaranteed under the Constitution. He should have been heard but the matter was listed for hearing on Friday and not even Thursday”.

However, the bench said on that ground Chidambaram’s plea against the high court decision cannot be entertained.

“So far as the CBI case is concerned, we are not inclined to hear it. We dismiss the special leave petition (of Chidambaram) in CBI case,” the bench said.

It said the senior Congress leader can challenge the dismissal of his anticipatory bail in the CBI case on different grounds.

At present, the apex court bench is hearing issues relating to the money laundering case lodged by the ED in connection with the INX media scam in which Chidambaram was granted protection from arrest till today.