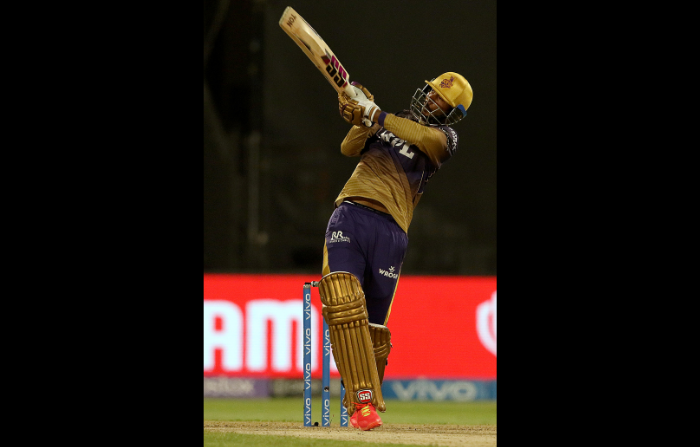 KOLKATA Knight Riders (KKR) survived a scare in the closing minutes of the second qualifier of the Indian Premier League (IPL) 2021 at Sharjah Cricket Stadium on Wednesday (13) to beat Delhi Capitals (DC) by three wickets to reach the final after seven years. They will meet Chennai Super Kings (CSK) in a repeat of the final of the 2012 edition which they had won by five wickets.

KKR had a flourishing start in their chase of 136, a target set for them by DC on a wicket that increasingly turned slower. Shubman Gill (46 off 44 balls) and Venkatesh Iyer (55 off 41) added 96 runs in 12.2 overs when the latter got out. But Eoin Morgan’s side then found the finishing touches an uphill task as the DC bowlers engineered a slump in the middle order. Nitish Rana (13 off 12), Gill, Dinesh Karthik (zero off three), Morgan (zero off three), Shakib Al Hasan (zero off two) and Sunil Narine (zero off one) returned in quick succession to leave their side at 130 for 7 with two balls to spare. It was then when Rahul Tripathi (12 not out off 11) slammed a six in the penultimate ball off experienced Ravichandran Ashwin to take KKR to their third final. For the Capitals, pacers Anrich Nortje and Kagiso Rabada and Ashwin took two wickets each. Avesh Khan took one wicket.

Earlier, DC had a moderate batting show after Morgan won the toss and sent them to bat. Their explosive opening pair of Prithvi Shaw (18 off 12) and Shikhar Dhawan (36 off 39) added 32 runs in 4.1 overs but a slow knock from Marcus Stoinis (18 off 23) at No.3 saw the Capitals’ run-scoring slowing down in the middle overs. Delhi were 83 for three in the 15th over and the dismissal of captain Rishabh Pant (six off six) soon hurt the chances of the 2020 finalists to pose a big total. Shreyas Iyer (30 not out off 27) and Shimron Hetmyer (17 off 10) scored some brisk runs in the final overs to propel DC to 135 for 5 in 20 overs.

For KKR, spinner Varun Chakravarthy took two wickets for 26 runs while pacers Lockie Ferguson and Shivam Mavi took one wicket each. Narine, the hero of the eliminator game against Royal Challengers Bangalore, failed to pick any wicket.

Iyer was chosen as the player of the match.

“Should’ve been a lot easier after the start we got,” Morgan said after the match. “Can’t change anything after the match. Always we kept on believing, and stayed in the game for as long as possible,” Pant said after his team lost two chances to qualify for the final despite finishing at the top of the league table.