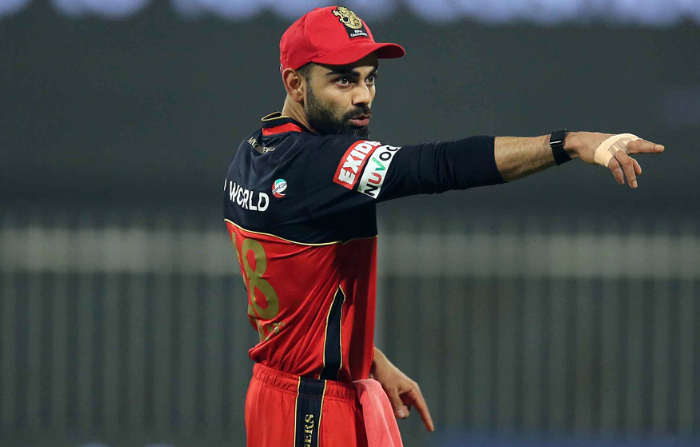 ROYAL Challengers Bangalore (RCB) batter AB de Villiers feels Virat Kohli’s decision to quit the franchise’s captaincy is not selfish but the opposite.

The ace batter, who has been South Africa’s national captain in the past, said he has been through a similar experience and could relate to Kohli’s feeling.

“I’ve been in the same boat before and I can relate to what he (Kohli) is feeling and what he’s been through. So there’s a mis-perception in my opinion when it comes to the public when they see people stepping down out of certain roles to let a bit of that workload go. Where they see it as being selfish, it is exactly the opposite. It is not being selfish. Because of him doing that (stepping down from captaincy) he can be a better version of himself,” De Villiers, one of the RCB’s batting mainstays who failed to deliver in the UAE phase of the tournament, said in a video posted on RCB’s official YouTube channel.

“There can be a captain coming in with that same kind of energy that he’s had for the last 7-8 years. I was in the same position, took quite a lot of criticism for letting some things go, where I felt I was actually doing the right thing for the team and not being selfish in the same process. Sometimes it can be a bit misleading and people see it as ‘oh, he is now thinking about himself, he is protecting himself’. It is exactly the opposite actually,” the 37-year-old added.

Kohli’s nine-season-long journey as the captain of RCB came to a disappointing end on Monday (11) when his team lost to Kolkata Knight Riders in the eliminator to crash out. Kohli scored the highest for his team but spinner Sunil Narine’s devastating spell ruined his final hope to give Bangalore their maiden crown.

The 32-year-old said recently that he was stepping down from RCB captaincy, a few days after he decided the same about the national T20 captaincy. The upcoming T20 World Cup in the UAE and Oman will be the ace batter’s final assignment as India’s captain in the shortest format.

“There’s one thing saying that when you’re offered captaincy you don’t want to take it because you want to look after your game. There’s another thing saying that you’ve actually done it, proven yourself for 7-8 years and now it makes complete sense to step down. As I said, I did’t want to be operating at 80 per cent and be miserable in a team environment where I can’t contribute my whole energy to the group very organically and honestly, and that’s who I’ve always been,” Kohli said.

“I didn’t want to have a structure around me where I felt like I’m not able to be myself on the field because my job is firstly as a player to make sure I’m in the best frame of mind possible to be able to contribute to the team. Like AB said, it’s not a selfish thing to do. Because what you actually want to do is to provide your best self out there for the team and potentially have another guy who has fresh energy, fresh set of ideas to carry that culture forward and you’ll still continue to be the leader within the group like motivating the youngsters, doing the right thing for the team,” he added.

Kohli, however, has been a top performer with the bat in the IPL and especially with RCB for which he has played for a long time now. He is the highest scorer in the tournament with 6,283 runs from 207 matches and has hit five centuries, all of which came for Bangalore. His best season as the captain and batter of RCB was 2016 when he led the franchise to the final and individually hit the most number of runs by a batter in a single season.

Last year, the RCB broke the jinx to make the playoffs after three years of failure but like this year, was beaten in the eliminator.

Under Kohli, RCB have played 140 games out of which they won 66, lost 70 while four remained inconclusive.