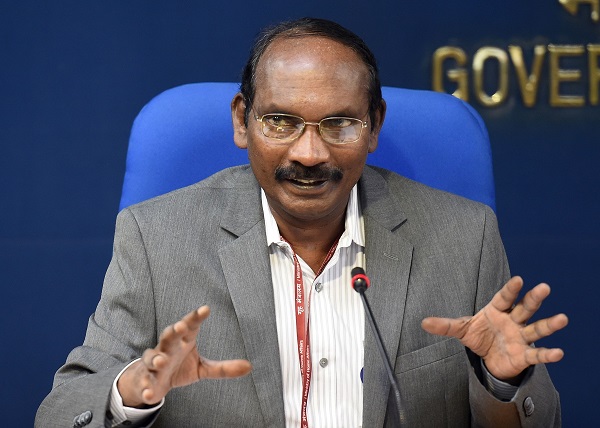 Declaring that India’s second Moon mission is planned for mid-April this year, ISRO Friday said it was also gearing up for its maiden human spaceflight programme ‘Gaganyaan’ by 2021-end that is likely to include a woman astronaut.

The space agency had earlier said Chandrayaan-2 will be launched in a window from January-February 16, 2019.

The space agency had earlier planned to launch the spacecraft sometime between January and February but it could not materialise because certain tests could not be conducted, Sivan told reporters as he laid out ISRO’s programmes.

“If we miss April, it will go to June,” he said in response to a question about the next launch window available, adding that “but, we will be targeting April”.

Chandrayaan-2 mission, costing nearly Rs 800 crore, is an advanced version of the previous Chandrayaan-1 mission about 10 years ago. It is a totally indigenous venture and comprises an orbiter, a lander and a rover.

After a controlled descent, the lander will soft-land on the lunar surface at a specified site and deploy a rover, according to the Indian Space Research Organisation (ISRO).

The six-wheeled rover will move around the landing site on the lunar surface in a semi-autonomous mode as decided by the ground commands.

The instruments on the rover will observe the lunar surface and send back data, which will be useful for analysis of the lunar soil.

The 3,290-kg Chandrayaan-2 will orbit the Moon and perform the objectives of remote sensing it.

It might take 35 to 45 days to reach the Moon after the launch, as ISRO plans six-stage orbit raising manoeuvres, Sivan said.

Noting that India is nowhere behind China, Sivan said Beijing has landed on the far side of the Moon and “we are going to land at a place where nobody else has gone- the Moon’s south pole.”

“All the landing happened near equator region, in the visible region; nobody has gone to South Pole. We are going there, and scientists feel that the science we are going to get from there is large.

“It is unexplored region, lot of water is expected. ..we are also going to create history,” he said.

Also, gearing up for the maiden human spaceflight mission, announced by Prime Minister Narendra Modi, the ISRO has set up a new centre to facilitate the manned voyage involving a three-member crew.

Terming Gaganyaan as a “major turning point” for ISRO, Sivan said it is contributing to the space agency’s expansion in a major way.

Gaganyaan has two aspects — engineering and human science, he said.

The engineering aspect includes launch vehicle, crew module and service module on which ISRO has expertise, whereas crew selection, training and creating an atmosphere for crew which is part of life science, is new for ISRO.

“To carry out this job we have worked out a new management structure in ISRO, we have been working on this for about a week, and today I’m happy to declare that for the first time in ISRO a major centre for human space programme called the Human Space Flight Centre is being set up,” he said.

The centre will carry out all the activities of human space programme, Sivan added.

The centre will have senior scientist Unnikrishnan Nair as its director, while the project director would be Dr RHutton.

Gaganyaan is the “highest priority” for ISRO in 2019, according to the space agency, and the plan is to have first unmanned mission in December 2020 and second for July 2021.

Once this is completed, the manned mission will happen in December 2021, he said.       The crew members will be Indians and Gaganyaan initial crew training would be done in India, Sivan said.

“Our Institute of Aerospace Medicine (IAM) has a system, but advanced training may have to be done outside the country mostly in Russia.”

Asked about women crew members, he said, “We want women astronauts also should be there. That is our aim. In my opinion, we have to train both men and women.”

In his Independence Day address last year, Modi had announced that the mission would be undertaken by 2022 using ISRO’s own capabilities.

“We have resolved that by 2022, when India celebrates 75 years of Independence or maybe even before that, certainly some of our young boys and girls will unfurl the Tricolour in space,” he had said in his speech from the ramparts of the Red Fort.

Referring to the remarks, Sivan said “We will be very happy to do that, but it involves training and other things.”

To a question about selection of astronauts, the ISRO chief said, it would only be done by Indians, and the process will involve the Indian Air Force.

“At the final process, we may involve other foreign agency also,” Sivan said.   The Union Cabinet gave its nod for the Rs 9,023 crore programme recently.