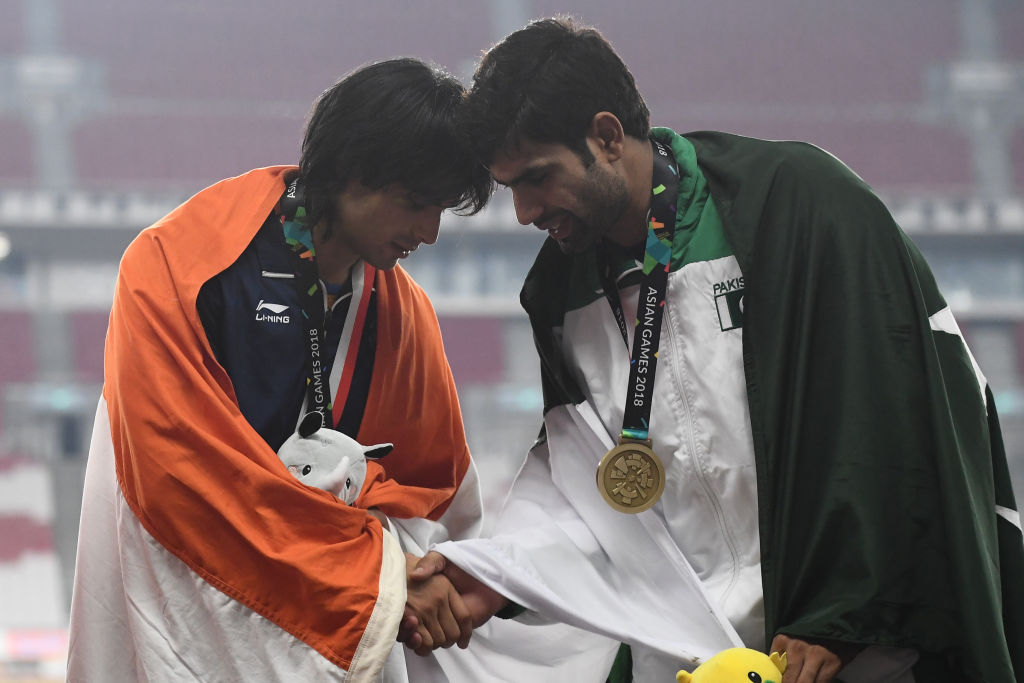 INDIA’S ace javelin thrower Neeraj Chopra, who won silver in the World Athletics Championships in Oregon in the US after registering a coverage of 88.13 metres (m) in his fourth attempt, spoke about his touching conversation with Pakistani thrower Arshad Nadeem after the event.

Chopra, who had qualified for the final in a single attempt and lost to Grenada’s Anderson Peters in the final by not by a big margin, said at a press conference after the final that he congratulated Nadeem who finished fifth in the final with a throw of 86.16m.

The Olympic medallist also praised his Pakistani counterpart for putting up a commendable show despite an elbow injury.

“I spoke to Arshad after the competition ended. I told him that he did very well. He replied that he had issues with his elbow. I further congratulated him for a great throw and it was a great comeback from his injury and it was commendable that he threw the javelin over 86 metres,” Chopra said.

Nadeem reportedly suffered an injury before taking part in the World Championships and had said before the start of the event that it was a concern for him for a while.

“I am not thinking in terms of what target can there be right now. My goal is to do my best because I have my elbow injury. It is under control and we have Dr Ali Bajwa from the UK with us, so my focus is to have a good finish. The medal is certainly on my mind,” Pakistan’s Express Tribune quoted him as saying.

Chopra and Nadeem are not new acquaintances. A picture of the two Asian sportspersons had gone viral on social media in 2018 when the two competed in the Asian Games in Jakarta and greeted each other on the podium. Chopra had won the gold on that occasion while Nadeem won the bronze.

During last year’s Tokyo Olympics, too, the two were seen close and on that occasion, even a controversy erupted after Nadeem was seen handling Chopra’s javelin. Indian fans accused him of tampering with the Indian’s javelin to which Chopra responded and appealed to people to not “further vested interests and propaganda”.

With his medal-winning performance in Oregon, Chopra became only the second Indian athlete to have a podium finish at the World Athletics Championships after the legendary Anju Bobby George who had won a bronze in long-jumping in the Paris edition in 2003.