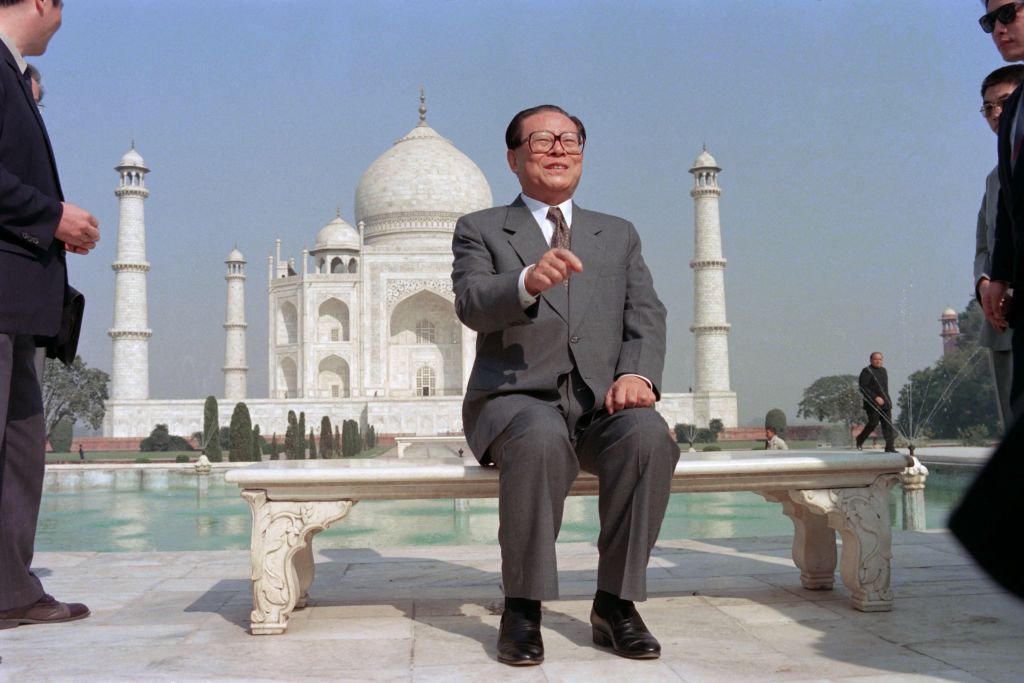 Jiang Zemin, China’s first head of state to have visited India in 1996 and heralded a new era of constructive cooperation between the two countries by signing a crucial agreement to reduce the tensions along their disputed border, passed away on Wednesday (30).

Jiang, who was China’s president from 1993-2003, died due to leukemia and multiple organ failure in Shanghai at the age of 96, state-run Xinhua news agency reported.

The announcement of Jiang’s death was made by the top organs of the ruling Central Committee of the Communist Party of China (CPC) for which he was the leading light for over two decades.

“Comrade Jiang Zemin was an outstanding leader enjoying high prestige acknowledged by the whole party, the entire military and the Chinese people of all ethnic groups, a great Marxist, a great proletarian revolutionary, statesman, military strategist and diplomat, a long-tested communist fighter, and an outstanding leader of the great cause of socialism with Chinese characteristics,” an official letter to the party organs said.

“He was the core of the CPC’s third generation of central collective leadership and the principal founder of the Theory of Three Represents,” it added.

His death comes as China sees some of its most serious protests since the 1989 Tiananmen Square pro-democracy protests, with many demonstrating against harsh Covid restrictions in the country.

A funeral committee headed by president Xi Jinping has been formed and the date for the state funeral is yet to be announced. While Jiang was widely acclaimed for his leadership post Mao Zedong and Deng Xiaoping, the two iconic leaders of the CPC, Jiang was credited with leading China out of isolation from the ignominy of the Chinese military crushing the Tiananmen Square pro-democracy protests.

He was also credited for putting China on a sustained path of economic development laying the foundation to emerge as the second largest economy of the world.

From India’s point of view, Jiang was the first Chinese President to have visited New Delhi during which the two countries signed a comprehensive agreement in 1996 to restore peace at the Line of Actual Control (LAC), the theatre of 1962 war after which ties between the two Asian giants went into a freeze.

The four agreements signed during Jiang’s visit included the one on Confidence Building Measures (CBMs) in the Military Field along the LAC covering adoption of concrete measures between the two militaries to enhance exchanges and to promote cooperation and trust.

Besides the agreement to restore peace at the borders, his visit sent a strong signal for constructive cooperation with India, notwithstanding Beijing’s close all-weather ties with Pakistan, taking forward the thaw in the frosty ties which began with the former prime minister Rajiv Gandhi’s visit to Beijing in 1988.

Commenting on the 1996 border agreement which called for reduction of troops and weapons, the then Chinese foreign ministry spokesman Shen Guofang said, “If peace and tranquillity are maintained in this area, I don’t believe there is any need to maintain a large number of military personnel there.”

The progress in the bilateral relations resulted in the appointment of Special Representatives to discuss the vexed border question during the 2003 visit of the then prime minister, Atal Bihari Vajpayee during which Jiang remained an influential leader as he headed China’s powerful Central Military Commission (CMC).

The then Indian national security advisor Brajesh Mishra and Chinese top official Dai Bingguo were appointed first Special Representatives. Since then, 22 meetings have been held under the bilateral mechanism.

At home, Jiang, besides leading China out of the 1989 Tiananmen Square turmoil, was credited with the return of Hong Kong to China from British rule IN 1997 besides pushing market-oriented reforms in the Communist nation and Beijing’s entry into the World Trade Organisation (WTO) in 2001.

His 10-year tenure followed by two years as head of the CMC controlling the Chinese military under Hu Jintao’s Presidency was also marked by a crackdown on dissent and a ban on the Falun Gong spiritual movement, which the CPC saw as a threat to its monopoly on power.

Jiang gave up his last official title in 2004, but remained a force behind the scenes in the wrangling that led to the rise of current President Xi, who assumed power in 2012. It is widely believed that Xi, who later rose as the most powerful leader outsmarting Jiang’s influence over the party and the military, was able to clinch the party’s leadership in 2012 with the support of Jiang and his supporters.

Xi, 69, was re-elected for a record third five-year term last month in the once-in-five-year-Congress of the CPC.

Jiang was born on August 17, 1926, in the affluent eastern city of Yangzhou. After graduating from the electrical machinery department of Jiaotong University in Shanghai in 1947, Jiang advanced through the ranks of state-controlled industries, working in a food factory, then soap-making and China’s biggest automobile plant.

After his stint as an ultra-radical 1966-76 Cultural Revolution working as a former labourer, Jiang was named minister of the electronics industry in 1983. Following which he became a mayor of Shanghai in 1985-89 and later rose to the ranks to become top leader of the CPC and China.