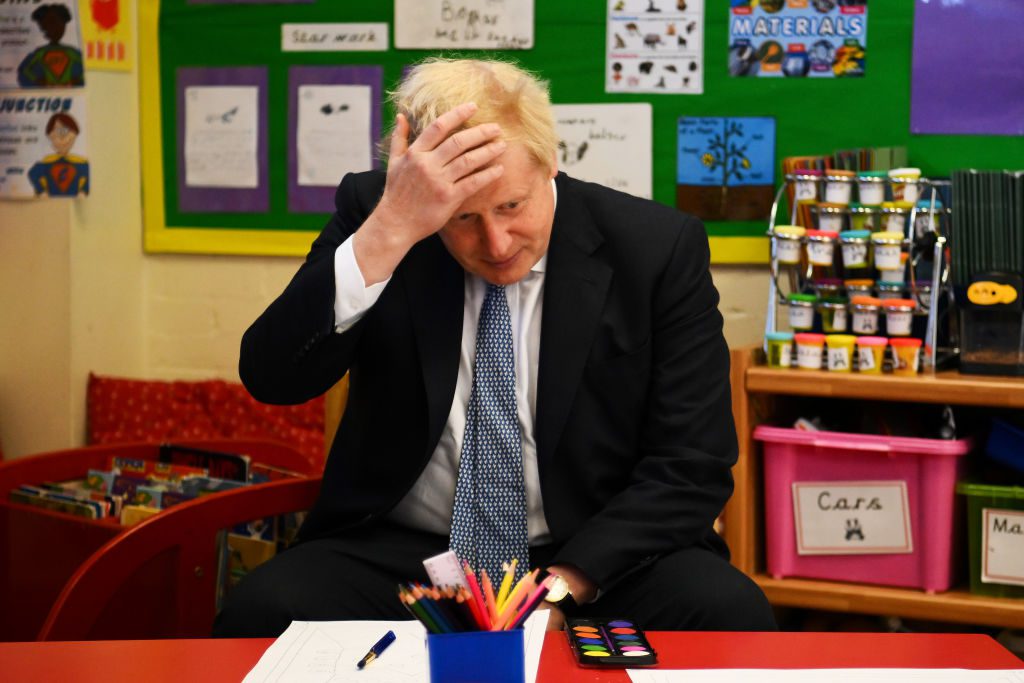 PRIME Minister Boris Johnson was on Friday (6) left reflecting on a string of losses at local elections in England, in a mid-term test of his popularity after a string of scandals.

Johnson conceded Thursday’s (5) vote had produced a “mixed” set of results for his ruling Conservatives, including the loss of three London councils long considered the Tory “crown jewels”.

The main opposition Labour party defeated the Conservatives in Barnet, northwest London, at Margaret Thatcher’s “favourite” council Wandsworth in the south, and in Westminster for the first time since 1964.

With 144 of the 146 English councils declared, the Conservatives had lost 341 councillors countrywide, with Labour up 54, and the smaller Liberal Democrats gaining 191, the BBC reported.

“We had a tough night in some parts of the country,” Johnson conceded as he visited a school in his constituency on the outskirts of the capital.

But he vowed to stay on and tackle the “economic aftershocks” of Covid, and a spiralling cost of living crisis that has squeezed household incomes and exercised voters.

And he denied the Tories had suffered a heavy defeat, despite months of anger at revelations of coronavirus lockdown-breaking parties at Downing Street that saw repeated calls for him to quit.

Johnson was fined by police for attending one such gathering, making him the first UK prime minister to have been found to have broken the law while in office.

Labour leader Keir Starmer, visiting Barnet, hailed what he called “a big turning point” as his party looks towards the next general election, which is due by 2024.

Council elections were held in much of England, all of Scotland and Wales, and for the Northern Ireland Assembly in Belfast, where the pro-Irish nationalists Sinn Fein are poised for a historic first ever win.

By 18.45 GMT on Friday (6), Sinn Fein – the former political wing of the IRA paramilitary group, which wants a referendum on British sovereignty – had secured 16 seats at the 90-seat legislature.

The party’s vice-president, Michelle O’Neill, has set a target of 28 to claim the symbolic role of first minister.

In Scotland, the Scottish National Party consolidated their grip at a local level, winning 22 more seats on the nation’s 32 councils, while Labour became the second-biggest party, adding 20.

In Wales, Labour added 71 seats with most of the 22 councils declared.

Analysis by polling expert John Curtice calculated that if every region of the country had taken part in the vote, Labour would have gained 35 per cent of the vote – five per cent more than the Tories.

Curtice told the BBC it was Labour’s best lead in local elections for a decade, and showed the Tories were “now electorally weaker than at any point” since Johnson won his 80-seat general election majority in 2019.

The Conservatives are hoping to extend their 12 years in power nationally for another term at the next general election but whether their Brexit champion Johnson will lead them remains to be seen.

He was already facing a potential vote of confidence earlier this year as “Partygate” claims mounted, until the Ukraine conflict – and his hawkish response – took the sting out of the mutiny.

He has apologised for being fined but still faces the prospect of more penalties to come as London police investigate more events.

Meanwhile police in Durham, northeast England, on Friday said they had launched a formal probe into Starmer.

The lawyer and former chief public prosecutor is accused of breaking Covid rules with a beer and curry gathering with party activists in 2021.

He said he was “confident no rules were broken”, although the probe puts him in a delicate position as in January he called for Johnson to quit for being under criminal investigation.

On Saturday (7), all eyes will be on Northern Ireland, with a Sinn Fein victory presenting potentially huge constitutional implications for the four-nation United Kingdom.

But there are doubts about whether the largest pro-UK unionist party, the DUP, will agree to work with them, raising the prospect of paralysis and lengthy negotiations.

DUP leader Jeffrey Donaldson said the UK government in London should rip up post-Brexit trading arrangements in the province, which unionists argue threatens its place in the wider UK.

“The government need to act decisively on the protocol and until they do, I won’t be nominating ministers to the executive,” he told the BBC.