Politics over sports: Pakistan pull out of Chess Olympiad in India over Kashmir torch rally 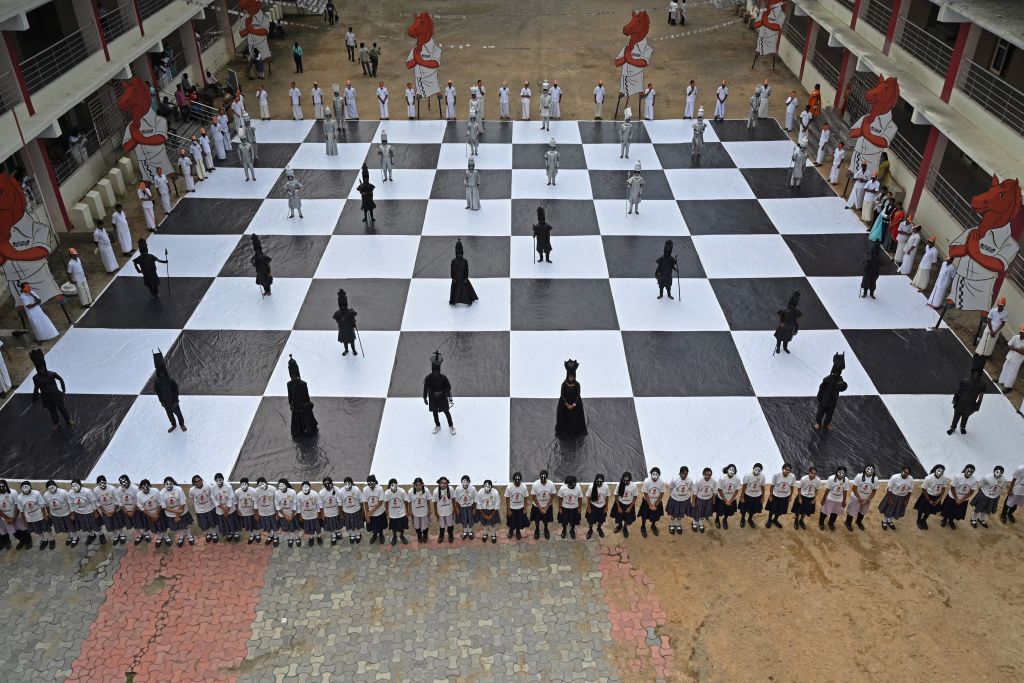 Children dressed as chess pieces perform during an event organised ahead of the 44th Chess Olympiad 2022, in Chennai in the southern Indian state of Tamil Nadu on July 26, 2022. (Photo by ARUN SANKAR/AFP via Getty Images)

PAKISTAN have withdrawn from the world’s biggest international chess tournament in protest at hosts India holding a torch relay for the event through disputed Kashmir, officials said Thursday (28).

The 44th Chess Olympiad will see over 1,700 players from 188 nations compete in Chennai in the southern state of Tamil Nadu starting Thursday and continuing till August 10.

The last two competitions were played virtually because of the pandemic.

Kashmir has weathered decades of violence and upheaval since it was partitioned between India and Pakistan when both countries became independent in 1947.

The neighbours both claim it in full and have fought two of their three wars over control of the territory.

“By passing the torch relay through Indian-administered Kashmir… India has committed a travesty that the international community cannot accept under any circumstances,” Pakistan’s foreign ministry said in a statement.

It said the matter would also be raised with the International Chess Federation and condemned the “mischievous attempt to mix politics with sports”.

A spokesman of India’s foreign ministry called the decision “surprising” and in turn accused Pakistan of politicising the event.

“I was told the team was already here,” Arindam Bagchi told AFP.