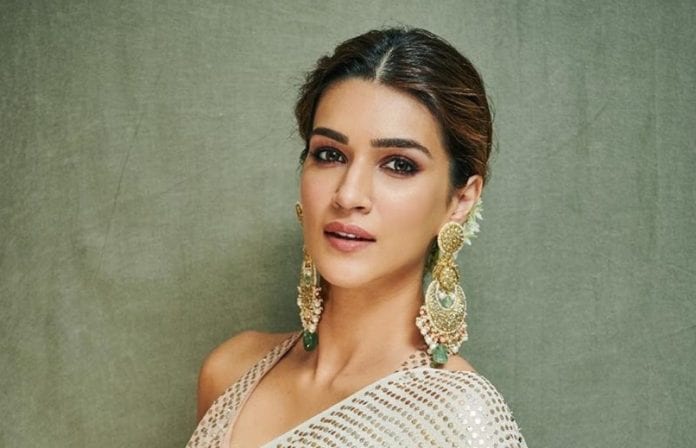 THE shooting of Mudassar Aziz’s directorial Pati Patni Aur Woh is currently going on in Lucknow. The film stars Katrik Aaryan, Bhumi Pednekar and Ananya Panday in the lead roles and now, Kriti Sanon has been roped in for a special appearance in the film.

A couple of days ago, Kartik posted a picture on Instagram and captioned it as, “Aaj shoot karne ek special mehmaan aayi hain!! Guess who is here to play HideNSeek with #ChintuTyagi

Well, a lot of people thought that it is Kartik’s rumoured girlfriend Sara Ali Khan. However, it has been revealed that the actress is Kriti Sanon. Kriti is a good friend of the producer Juno Chopra, and that’s why she agreed to do the cameo. A source told a tabloid, “Kriti and Juno share a great equation so when he approached her for a guest appearance in Pati Patni Aur Woh she readily agreed.”

Pati Patni Aur Woh is a remake of 1979 release film with the same name. The film starred  Sanjeev Kumar, Vidya Sinha, and Ranjeeta Kaur, and Parveen Babi had done a cameo in the film. It is said that Kriti is stepping into the shoes of Parveen Babi for the remake.

Kriti and Kartik were seen together on the big screen this year in Luka Chuppi which turned out to be a super hit at the box office. The two shared great chemistry in the rom-com and it will be interesting to see them on the big screen again.

Talking about Kriti, the actress will be next seen on the big screen in Housefull 4 which is slated to release on Diwali this year. She also has Panipat, Rahul Dholakia’s next and Mimi in her kitty.