Kuldeep and Powell guide Delhi to victory over Kolkata in IPL 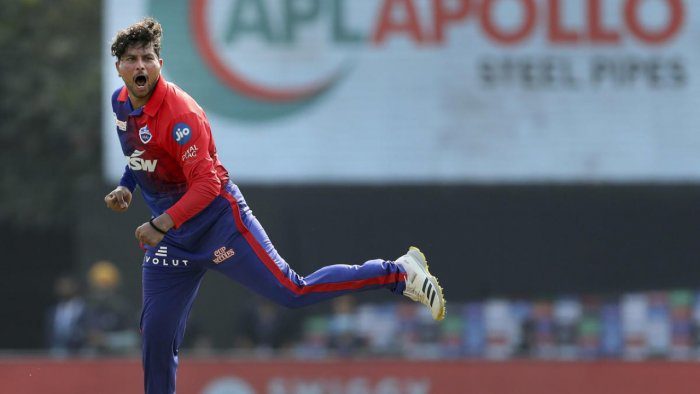 Spinner Kuldeep Yadav took four wickets and Rovman Powell then hit 33 not out as Delhi Capitals beat Kolkata Knight Riders by four wickets in the Indian Premier League on Thursday.

Opener David Warner struck 42 before the middle order wobbled as the Capitals chased 147. Powell’s unbeaten knock off 16 balls took the team home with an over to spare at Mumbai’s Wankhede Stadium.

Warner hammered eight fours before falling to Umesh Yadav in the ninth over and was followed by Lalit Yadav and captain Rishabh Pant in the next two overs.

But Powell and Axar Patel (24) guided their team towards victory, with the West Indies all-rounder smashing a six to finish off the chase in the 19th over.

Umesh claimed three wickets for KKR and Sunil Narine and Harshit Rana one each.

Batting first, the Knight Riders scored 146 for nine in their 20 overs after their top order struggled to get going.

Kolkata openers Aaron Finch and Venkatesh Iyer returned to the dugout during the power-play.

Then Kuldeep claimed the wickets of Baba Indrajith and Narine (0) with the second and third balls of his spell to reduce them to 35 for four.

Skipper Shreyas Iyer rebuilt the innings with his 42 but fell to Kuldeep in the 13th over, followed by Andre Russell for a duck in the same over.

He added 62 with Rinku Singh, who scored 23 off 16 balls, to put on a competitive total for the team.

Kuldeep returned 4 for 14 from three overs while Bangladeshi left-armer Mustafizur Rahman took three in the final over.

“I might have become a better bowler, but I am mentally stronger than before. When you fail in life you pick what you can improve on and that is something I had to improve,” said Kuldeep, who was named player of the match.