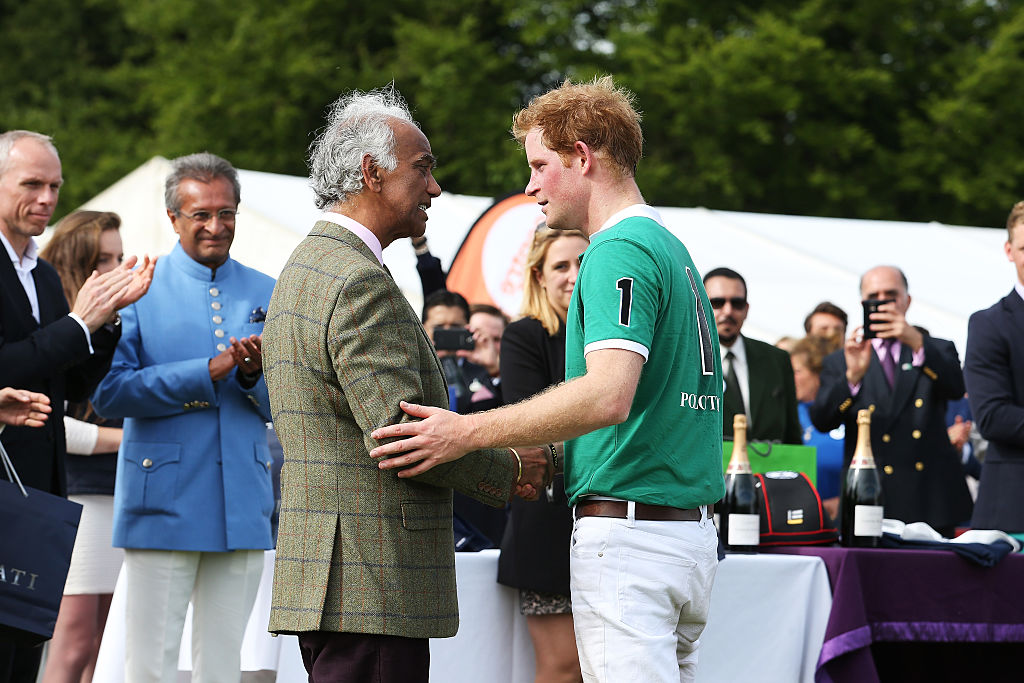 Kuldip Singh Dhillon, a property developer in Britain and a polo-playing friend of King Charles III who had controversially nicknamed him ‘Sooty’, has suddenly passed away at 72 during a visit to India, where he was born.

The man, who owned a big estate in Gloucestershire countryside, found himself at the centre of a race row after it was revealed that the King, who was the Prince of Wales then, gave him the name because of his dark skin.

Dhillon, who served as the chair of the Cirencester Park Polo House and was close to Charles and his two sons, William and Harry, however, had no complaints about the name. He called Charles “a man of zero prejudice” and that he liked the nickname which was called “distasteful” and “unacceptable” racist slur by many.

He said when the ‘Sooty’ nickname surfaced in 2009, “I have to say that you know you have arrived when you acquire a nickname. I enjoy being called Sooty by my friends, who I am sure universally use the name as a term of affection with no offence meant or felt.

“The Prince of Wales is a man of zero prejudice and both his sons have always been most respectful.”

According to The Times, it is learnt that Dhillon died unexpectedly at a family wedding in India on Wednesday (18) although he was known to be in good health. The report also said that Dhillon’s family, including his English-born wife Jacqueline, and four children, did not comment on his death.

One of their sons, Satnam, who is a professional polo player and businessman who was close to William and Harry, reportedly flew out to be by the side of his mother, said a gardener of their estate.

Dhillon had also been friends with Camilla, the Queen consort, since the 1970s.

One member of the polo club had said that the time when the controversy erupted that Dhillon, who was also known as Kolin, was not upset with the nickname.

“To be honest when I first joined I was rather taken aback — particularly as Kolin was, how can I put it, our only black face — but it was a nickname he used personally so I, along with many others, thought there was no harm whatsoever in it,” he was quoted as saying.

“Kolin is certainly happy with the moniker and, to be honest, it rather amuses us. It has become something of a running joke at the expense of the politically correct brigade. A sort of two fingers to the PC mob.”

Mark Hayden-Kellard, a former general manager of Cirencester Polo Club, condoled Dhillon’s death while speaking to The Sun. He called Dhillon “a huge character” and said he would be missed “enormously”.

“We all loved him dearly. We’ll certainly be doing something in coming days to honour his memory,” the 60-year-old said.

Simon Cox, manager of Dhillon’s 100-acre farm in Gloucestershire, told Mail Online the news of the latter’s death was a “real shock” and they could not believe it since Dhillon was a fit man and did not have any health problems that they were aware of.

Dhillon was the chairman of the polo club for four years after taking over from Richard Britten-Long in 2012. In his last speech in the post, he said that he was planning to support the club as vice-chairman.

Dhillon had also served as a former chairman of the Schools and Universities Polo Association.