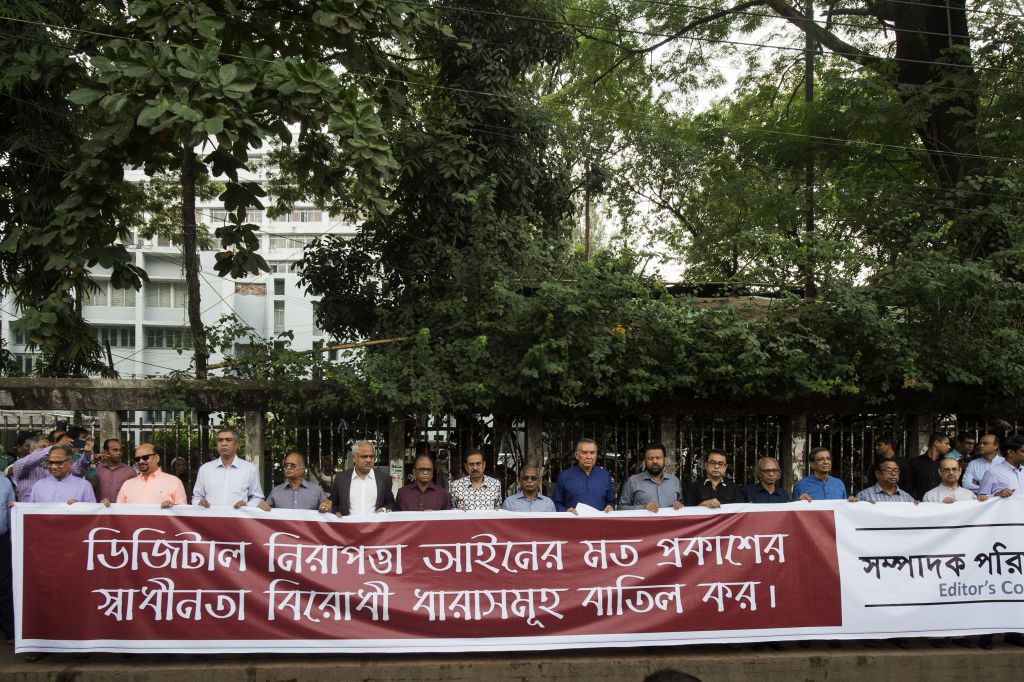 Members of the Newspaper Editors’ Council of Bangladesh form a human chain in front of National Press Club demanding an amendment to the country’s digital law. (Photo by MUNIR UZ ZAMAN/AFP via Getty Images)

SURPRISINGLY, those implying that the Bangladeshi prime minister Sheikh Hasina is “a woman who, according to the customs and manners of the country, ought not to be compelled to appear in public, or where such person is under the age of18 years or is an idiot or lunatic, or is from sickness or infirmity” are mostly ruling party politicians seeking to curry favour with their leader.

Section 29 of the draconian Digital Security Act 2018 (DSA), governed by Bangladesh’s Code of Criminal Procedure, says that “no court shall take cognisance of an offence unless the complaint is filed by the defamed person”, excepting such cases.

Overzealous party faithful have filed numerous defamation cases on behalf of the prime minister, and benefited from such acts of fealty.

The courts have played ball, and the accused have been promptly jailed, sometimes tortured. Many have spent months in jail, without charges ever having been framed. Some have lost their lives.

The party faithful have also been quick to file defamation cases for each other, with the DSA being the weapon of choice.

Those arrested include Mohammad Emon, a 14-year-old high school student, accused of having shared a Facebook post; Abu Zaman, a farmer who can neither read nor write, let alone use the internet, is accused of having defamed on Facebook; and writer Mushtaq Ahmed, who died in prison after being held for more than 10 months without trial.

Cartoonist Kabir Kishore Ahmed, who like Mushtaq had been denied bail six times, was released on bail a week after Mushtaq died. He is currently being treated for what he says are torture-related injuries.

Denial is the default response by the government. Then comes a series of unrelated new cases that keep the accused and their defence team busy, while the government comes up with several other diversionary tactics.

Photojournalist Shafiqul Islam Kajol reportedly had knowledge of a sex scandal where ruling party members were implicated. He ‘disappeared’. The government denied all knowledge of his whereabouts. He was ‘discovered’ 53  days later, 100 yards from the Indian border, where many disappeared people regularly ‘reappear’.

He was held in pre-trial detention for seven months. Bail was denied at least 13 times before finally being granted.

The DSA was touted as a law enacted to protect the people. But not a single DSA case is known where people were in imminent danger, with the arrest resulting in the population having been protected.

Almost all the cases were about protecting ruling party politicians or people close to them.

A student arrested for sharing a popular post, which questioned the prime minister’s motives. A sufi singer arrested for veering from religious dogma. A labour leader arrested for campaigning for workers’ rights.

Laws need to be precise and specific. The DSA is quite the opposite. A vague ambling catch-all law, open to all sorts of interpretation gives the police virtually unlimited powers to arrest people without a warrant on suspicion they might be intending to commit a crime. No evidence is needed.

There is a motive behind assuming the police have telepathic powers. A person can be put in prison on a completely baseless case. The accused will be jailed for several months, taking them out of circulation. It’s a perfect strategy prior to an election, or a business contract being signed, or some crucial deal being made.

This is how the DSA has been ‘weaponised’. The criminalisation of what would normally be a civil offense allows the law to be used to entrap people into accepting an offer ‘they cannot refuse’.

The criminalisation of legitimate forms of expression goes against the core principles of the constitution of Bangladesh and the recommendations of the International Covenant on Civil and Political Rights, to which Bangladesh is a party. It goes against the core aspirations of the war of liberation and the directives of the father of the nation that the DSA purports to protect.

Freedom is the oxygen that democracy breathes. A police force turned into a private army, a rubber-stamp judiciary, a rent-seeking bureaucracy, and a pet election commission foretell a death by strangulation. A blatantly rigged election is the final nail in the coffin.

A nation born out of genocide, of poets and thinkers and farmers turned freedom fighters, of brave women and men who fought and died for the love of a free nation, surely deserves better.

I hope the DSA is not applied to party members for their aspersions on the prime minister. 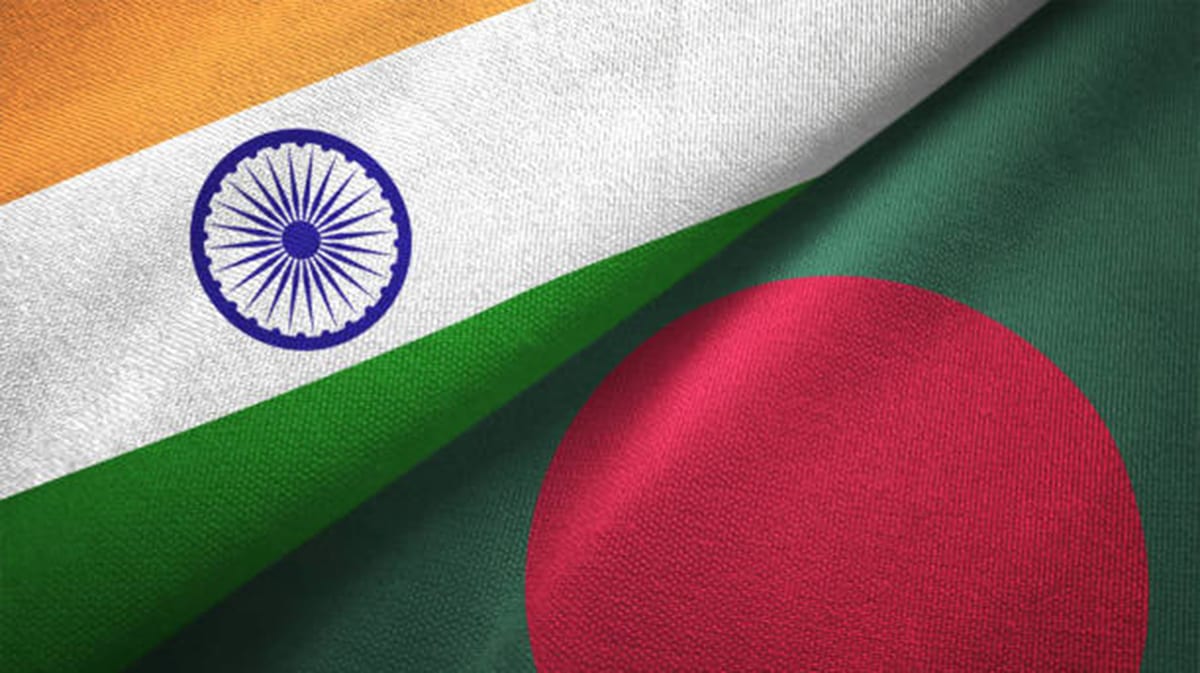