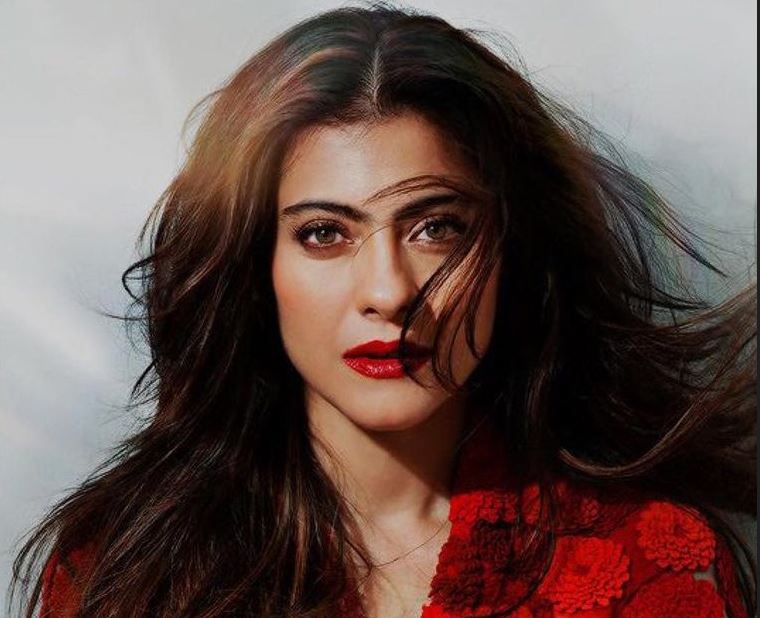 AMONG the most iconic actresses of her generation, Kajol has been ruling the silver screen with her irresistible combination of talent and beauty for three decades.

She continues her amazing cinema journey with newly released Bollywood drama Salaam Venky, which is directed by actor-filmmaker Revathi, and features another riveting performance from her.

Eastern Eye caught up with the award-winning actress at Mumbai’s Sun & Sand Hotel just before its release to talk about the film, its key message, if she related to the role and was emotionally affected by it.

Interestingly, at the sprawling sea-facing hotel, preparations for a grand party to celebrate the success of her husband Ajay Devgn’s latest film Drishyam 2 were going on in full swing. The actress also spoke about hit film Drishyam 2 ending Bollywood’s dry spell.

Tell us about your new film Salaam Venky and the character you play?

The film revolves around a woman called Sujata, whom I play, and her son, Venky. I don’t know whether you know it or not, but the disease that we are talking about here in the film is called Duchenne muscular dystrophy (DMD). Venky had it and the film is based on a true story.

How challenging was it for you to play this role?

The character I play cannot be taken lightly. Yes, we were having fun, chilling out and cracking jokes on the sets while shooting the film, but the thought that this had really happened to somebody was always there at the back of our minds.

The trailer shows how emotionally charged the film is. Did you break down while performing any scenes?

There are many scenes where my co-star Vishal (Jethwa, who plays Venky) and I actually cried our hearts out. There are many scenes where we broke down and had to do a lot of retakes without using glycerine. We did not even need it in the first place. There are also many scenes where the camera was not even turned on and Vishal was continuously crying. I would be like, ‘Please, save those tears for later and let the camera be turned on.’ When you are playing real-life characters or people who have had this life, it kind of becomes your responsibility to make sure that you do everything right.

How much do you relate to the real-life Sujata?

I relate to her very much. I think the character of Sujata is solely that of a mother. She is 90 per cent mother and 10 per cent Sujata. That’s her and this was her life as long as Venky was alive. When I met her, I realised her whole life revolved around being a mother to her son and yes, I completely identify with that.

How do you mean?

When (my daughter) Nysa was born, only I know how the first year passed by because I had gone mad during that time and my only focus was that I cannot fail this exam. This is something where I should not go wrong because my little one is in my hands and God has entrusted that responsibility to me, to take care of her, and make sure she grows up. She has to be well and ok. I remember being so relieved on her first birthday. We did not even party, I just took her and some of the kids in my neighbourhood out. So yes, I understand Sujata and a big part of her life because I was her. I am not comparing my situation to hers at all, not even for a second, but I definitely can understand her thought process.

The film has a cameo by Aamir Khan. How was it to work with him again after the 2006 film Fanaa that you did together?

It was great working with him. There is one particular thing about Aamir Khan that I really respect – even after working in the film industry for so many years, he doesn’t have a particular style on set. He plays a different character in every film. One thing you can expect from him as an actor is that he will put his 500 per cent into a film and come what may, it always turns out to be good. I really respect that and it’s exactly what happened in Salaam Venky. I think he has a quest to be a better actor, to do a better scene, to write better, to look better. That’s commendable.

There is a Marathi film called Sukhaant (2010), which also deals with the controversial subject of euthanasia. How does Sujata’s life change after that incident?

This is the kind of question where I can’t reveal much in my answer. When you see the film, you will understand that. I hope the film becomes a conversation starter at least. But it’s about people and relationships. It is such a well-balanced film. Everything has been put together beautifully and with a lot of humanity. So yes, I agree with you, I think that is a lovely film you have spoken about. But like I said, please watch our film as well.

What messages does Salaam Venky try to convey?

First of all, I really hope that everybody goes and watches the film because I think Salaam Venky is the right kind of film which is arriving at the right time. The message of the film is about hope. It is about living life in the moment – live life king size. After Covid, everybody thinks along those lines – that whatever needs to be done should be done in that very moment. If you want to eat anything, eat it right here, right now, as you never know what is in store for tomorrow.

Tell us a little more about Venky, who is based on a real person?

The life of Venky is so hopeful. The film’s core subject is explaining Duchenne muscular dystrophy. There are different kinds of muscular dystrophy where gradually your muscles stop functioning until it reaches a point of no return. But most of the time, people stay alive. Duchenne muscular dystrophy is the only one that is fatal. Children with it are diagnosed at the age of four or five and most of them live for a span of 14-15 years, that’s the maximum age. Venky, however, lived until he was 25 years old, and there was no medical reason that could prove he should stay alive for those many years. That was just his sheer willpower and his mother’s willpower.

Are there any of Sujata’s words that have stayed with you?

The only thing she says is, ‘I taught him to fight. Come what may, I always asked him to fight back. I asked him to fight for his life and fight for his dreams. And whatever I taught him  came to his rescue and that made him what he was.’ So, I think that’s really what Salaam Venky is about. The film is about fighting for your dreams here, now, and today. If you want to do something, don’t wait for tomorrow, just do it now because life is short.

What is your biggest takeaway from Salaam Venky?

My biggest takeaway is that I should not let my children be affected by my fears and they should not stop dreaming because of that. Whatever their dreams, their thought process and their life, they should not come to a standstill because of my apprehensions. So that’s the biggest lesson I learned from this film.

Your husband Ajay Devgn’s Drishyam 2 has ended Bollywood’s dry run at the box office. Do you feel a sense of positivity, as the industry has really struggled for a blockbuster like this?

Yes, definitely, no two ways about it. I am very happy. They are having a Drishyam 2 party downstairs (Sun & Sand Hotel) to celebrate its success. I think people are coming back to theatres to watch films we have made. I would say that the films we bring to the table are a reflection of society and it takes a lot of effort to make them. We do our very best. It takes two years to make that baby of ours and then we just bring it to you and ask, ‘Did you like it? Oh, you didn’t? Please don’t slap us.’

There are reports of you reuniting with Karan Johar’s Dharma Productions for a new film?

Yes, I am doing a Dharma Productions film after a very, very long time, but I cannot really talk about it at this moment.

You have been ruling Bollywood for 30 years now. How do you keep pushing yourself to be a better version of yourself?

I am not ruling. I think it does not have anything to do with what you are working on. I think it has to do with pushing yourself every day to do better. Trust me, it is a personal quest that I am on, and I will be on it for the rest of my life.