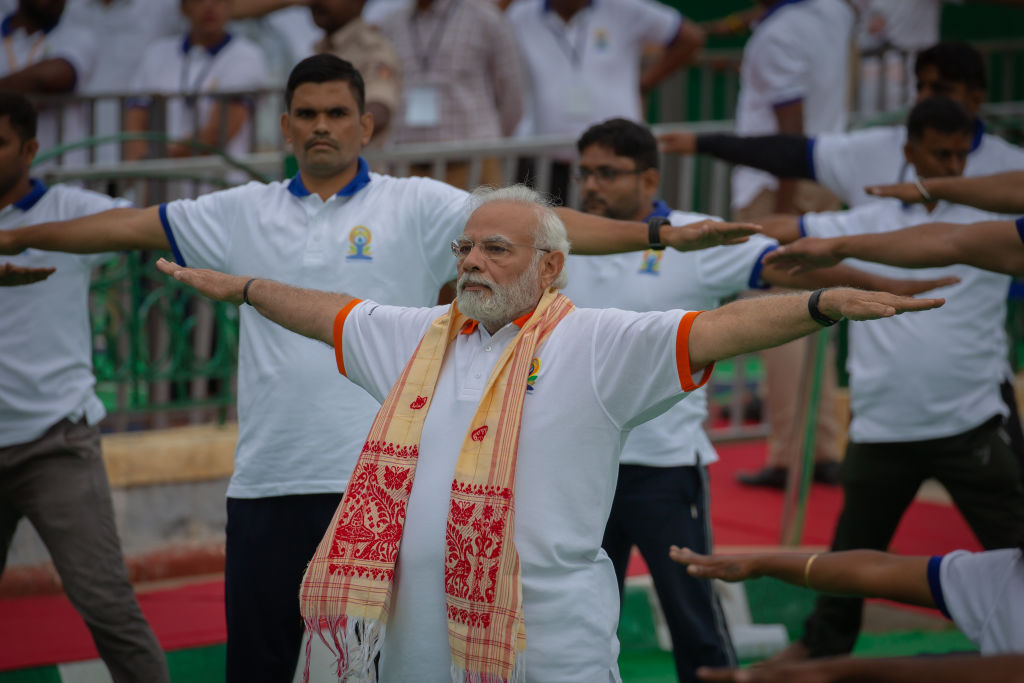 ISLAMIC extremists stormed an India-backed public yoga session in the Maldives on Tuesday (21), with police in the South Asian tourist paradise firing tear gas to clear the mob.

Dozens of people waving white flags emblazoned with religious slogans chased out a crowd sitting on gym mats and preparing to mark International Yoga Day at a football stadium in the capital Male.

Police responded with tear gas and arrested six people after the mob smashed billboards advertising the event, which was organised by the sports ministry and the local Indian Cultural Centre.

A group of Maldivian youth have disrupted a yoga day event organised by the Indian High Commission in the Maldives. pic.twitter.com/gOCvPVwjmS

Local media reports said the mob had claimed the meditative practice was against the teachings of Islam.

“Those responsible will be swiftly brought before the law,” he said on Twitter.

Radicalisation has been a major concern for security forces in the Maldives, a Sunni Muslim archipelago nation southwest of India better known for its boutique beachside resorts and celebrity tourists.

The government has cracked down on extremism, with police arresting a suspected Islamic State recruiter in 2019, and foreign preachers are banned from entering the country.

Tuesday’s yoga session in Male was one of many organised around the world to mark International Yoga Day, an annual event adopted by the United Nations in 2014.

Indian prime minister Narendra Modi was the star participant of one outdoor practice on Tuesday morning next to an ornate palace complex in the southern Indian city of Mysuru.