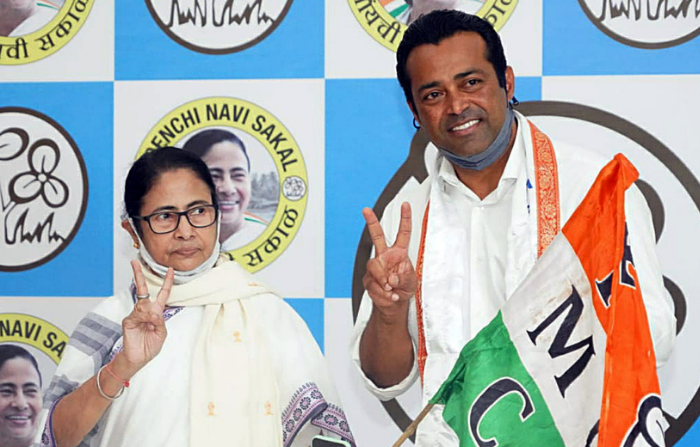 THE next general election in India is nearly three years away and going by the current mood in the country, not many would think beyond prime minister Narendra Modi and his Bharatiya Janata Party (BJP) returning to power for the third time in a row.

This thinking is helped by the fact that the main opposition party in India – the Indian National Congress – is in a disarray. The ‘grand-old party’, which has dominated India’s political scene for decades, has touched such a nadir at the moment that the general expectations from it have nosedived. The Congress has not only failed to challenge the BJP in most elections that India since 2013-14 when Modi surfaced in the national scene and skyrocketed but it has also been annihilated by a number of regional parties in various states. The party has also seen implosions – Punjab being the latest example – and the senior guard has started questioning the leadership. The Congress overall is in a bad shape and not a politically wise brain would consider it a viable alternative to the BJP, at least now.

The Congress’s loss of face has created a space for other forces to emerge as the main challenger to Modi and the BJP and the force which is trying to occupy that space faster than others is Mamata Banerjee and his Trinamool Congress (TMC), the chief minister and the ruling party, respectively, of the eastern Indian state of West Bengal.
Banerjee historically has had a good relation with the Congress top brass, especially president Sonia Gandhi. But after seeing the grand-old party failing endlessly against the BJP, Banerjee and his party have changed their strategy. They have now started criticising the Congress, sometimes brutally, and poaching its leaders in various states. For a national party like the Congress, this is a massive humiliation but perhaps the party is now too weak to counter the TMC’s strategy.

The TMC leadership has clearly understood that to play a second-fiddle to the Congress is a waste of opportunity. After defeating a star-studded BJP at home earlier this year almost single-handedly, Banerjee has gained confidence and wants to lead the opposition brigade. Her party, which has so far remained a regional one, has been desperately trying to expand its base in states like Tripura and Goa where the Congress is in opposition. The mission is clear: Topple the Congress from the second position in states where it is still second to the BJP. Once you get to the second position, you can aspire to beat the top-ranked.

In Goa, India’s tennis legend Leander Paes, who is of Goanese descent, joined the TMC in the presence of Banerjee. She also said in Goa that TMC stands for ‘Temple, Mosque, Church’. The TMC supremo is clearly playing the game that Modi has mastered all these years.

But can the TMC succeed with this strategy? The party still remains largely a localised outfit. Banerjee’s efforts to expand its base nationally are commendable but can she really make the TMC a national party at the expense of the Congress?

Chances are slim. The Congress is still a force to reckon with in many parts of India, including in Rajasthan, Chhattisgarh, Gujarat, Karnataka, Kerala, Andhra Pradesh and many other states and for the TMC to make forays there, it would take more than hard work to replace the Congress. One of the main reasons why this challenge is tough is that the Congress is not a headless chicken as many think at the moment. It is a party which still has strong pockets in the country where local leaders have held it together in bits and pieces. That way, the grand-old party still has a decent vote share across India. The TMC is non-existent in many of those pockets and the only option for it is to poach leaders and supporters from the Congress. In a country as culturally diverse as India, it might not be feasible for a pure Bengali party to expand its base all over.

The TMC is afterall, a single-face party and being the chief minister of a state, one might ask the feasibility for Banerjee to run a nationwide campaign to prepare a base to challenge Modi in 2024. Modi succeeded in such a campaign in 2013-14 despite being a chief minister since he belongs to a national party. Yet the BJP is still not a force in the South and East. For the TMC, it will be an even challenging task.

Is the TMC, by aspiring to lead the anti-Modi brigade, in effect ruining the chances of the opposition in the 2024 elections?