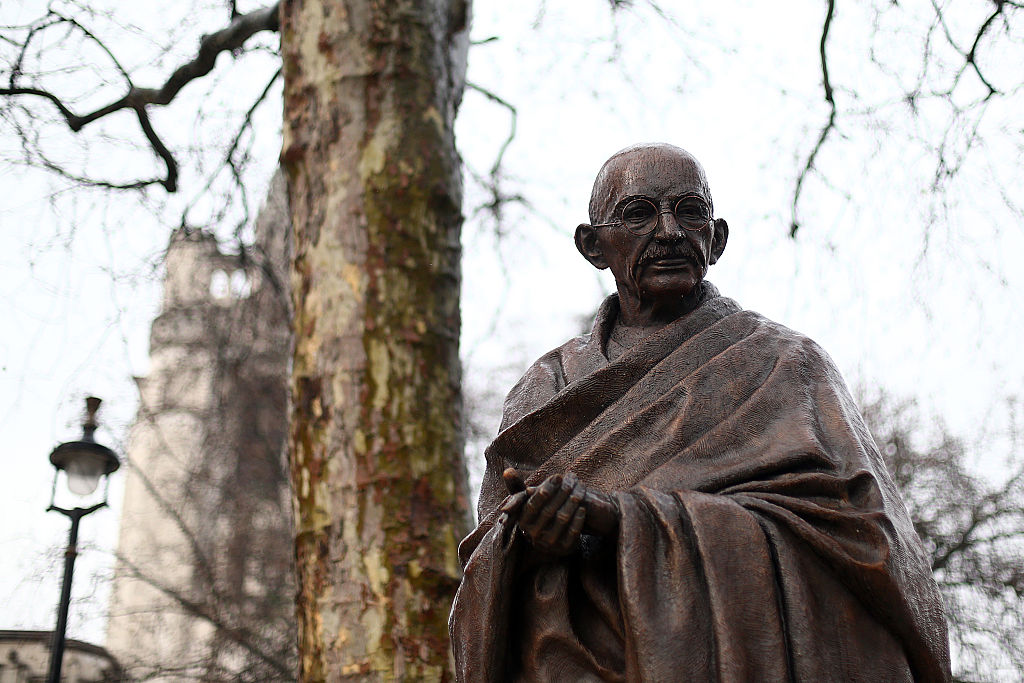 A statue of Mahatma Gandhi in Parliament Square in London, England. (Photo by Carl Court/Getty Images)

AN Interfaith service was held in Manchester on 2 October to commemorate Mahatma Gandhi’s 152nd birth anniversary.

The event started with a flower offering at Mahatma Gandhi’s statue in front of the Manchester Cathedral.

The 9-foot bronze statue was a gift from the Kamani family in 2019 to commemorate Gandhiji’s 150th birth anniversary, organised by Shrimad Rajchandra Mission Dharampur, and unveiled by Pujya Gurudevshri Rakeshji.

The service, which brought together representatives of Hinduism, Islam, Jainism, Sikhism and Christianity, included recitals by the Yvonne Shelton Choir, dance and musical performances, readings by diverse faiths and speeches, a statement has said. 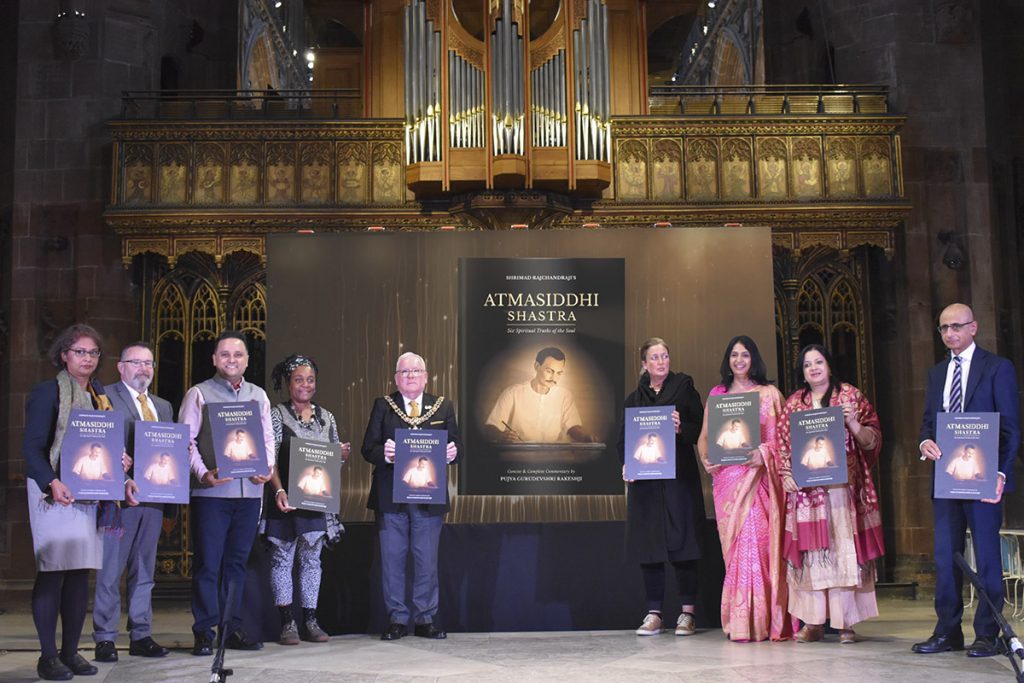 The global launch of the book on Amazon will happen on 21 October.

Prof Erinma Bell MBE, deputy lieutenant for the county of Greater Manchester, said: “It was very enlightening, interesting and soothing. I found the event peaceful and hopeful and got a feeling of the way Mahatma Gandhi was level headed, patient and calm. What inspired me the most was the book cover launch.”

Amish Tripathi said: “Atmasiddhi Shastra is universal wisdom for all faiths. All of us want peace and a sense of purpose. The book speaks of the core philosophy in a succinct and simple manner structured as a conversation.”

According to the statement, Atmasiddhi Shastra is a practical guidebook that makes universal spiritual wisdom accessible to every modern seeker.

With headquarters in India, Shrimad Rajchandra Mission Dharampur has over 100 centres worldwide including London, Manchester and Leicester in UK.