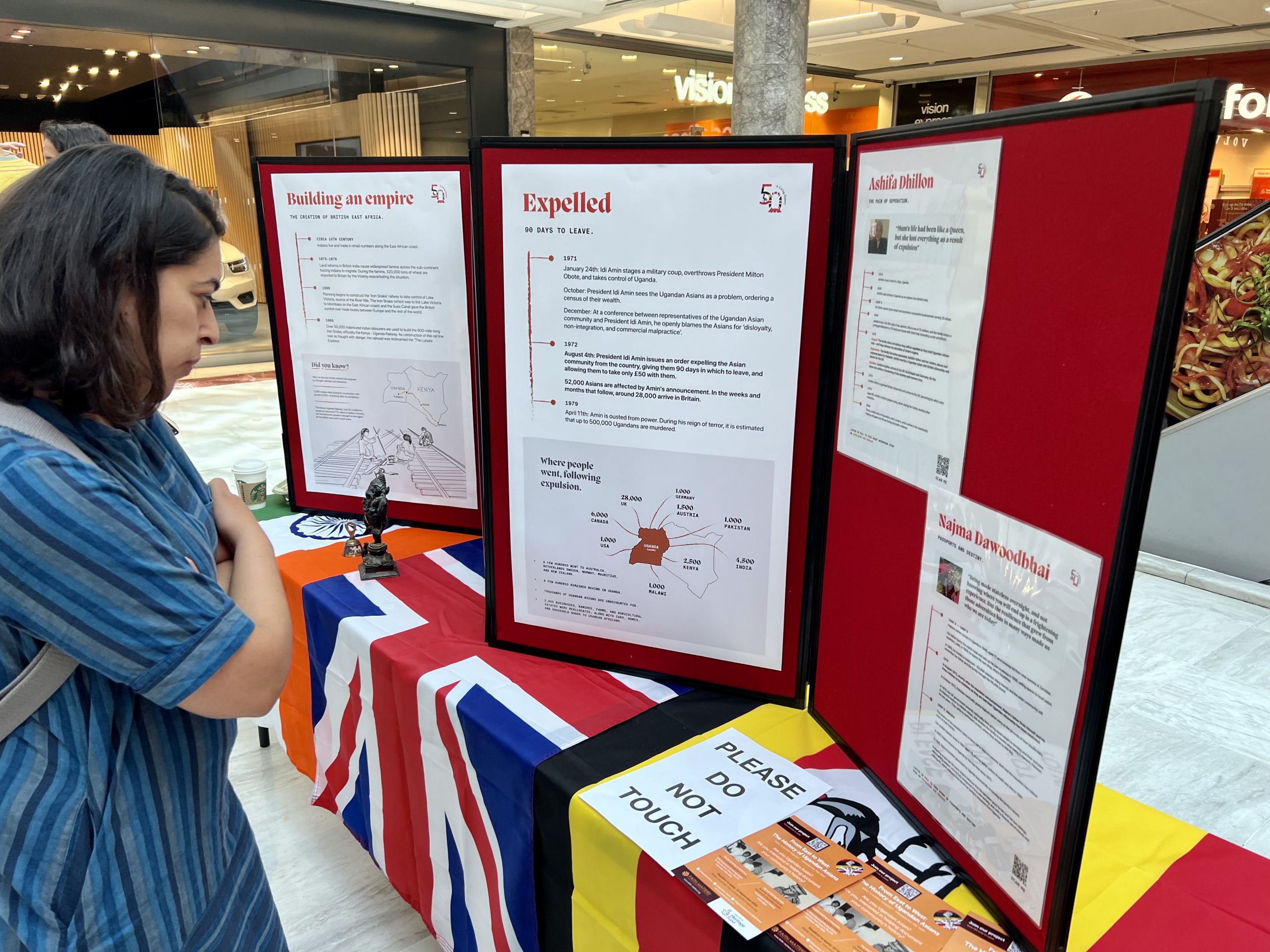 The Ugandan South Asian community came together at Brent Cross Shopping Centre, in the heart of northwest London, on Saturday 6th August, to commemorate the 50th anniversary of their expulsion from Uganda in 1972, and to celebrate the positive contribution they have made to Britain since arriving as refugees.

The centerpiece of this daylong event was an exhibition recounting the history of the Ugandan Asian diaspora and included personal testimonies, objects from the expulsion period, a documentary film, plus a detailed timeline of events dating from the first arrival of Indians in East Africa during the 15th century right through to the present day.

The event also featured South Asian dance workshops hosted by world-renowned Sujata Banerjee Dance Company, henna painting, and the opportunity for the community to reconnect with one another through storytelling from this momentous period in world history.

Saturday’s event was the first of a series created by Ugandan Asians – A Living History, a group of British women of Ugandan Asian heritage who came together last year with a shared mission to bring greater attention to the 50th anniversary of the expulsion, and to the impact of the Ugandan Asian community on British life.

Sejal Sachdev, event co-producer, commented:  “Being just seven years old when my family was forced to flee Uganda, and spending my first few weeks at Maresfield refugee camp, I never imagined that fifty years later I would be here in the heart of northwest London, where we first lived, commemorating this historical event. I am very thankful to my parents for their sacrifices and humbled that so many of the local community have come here to remember those tragic events in 1972 as well as to celebrate our contribution to life in Britain.”

Sejal Majithia-Jaswal, event co-producer, said: “I was blown away by the day’s turn out. Not only did we have many members of the Ugandan Asian community come along, some now in their nineties, but we also had people from many other cultures stop by. I was particularly moved by the ladies from Kosovo who told me about fleeing their own country and how the Ugandan Asian story resonated with their own.”

Ugandan Asians – A Living History is on a mission to keep alive the Ugandan Asian diaspora’s history and culture. To commemorate the 50 years since its expulsion from Uganda, the group is creating a series of events in and around London to bring people from all communities and walks of life together.

For more information, press only: