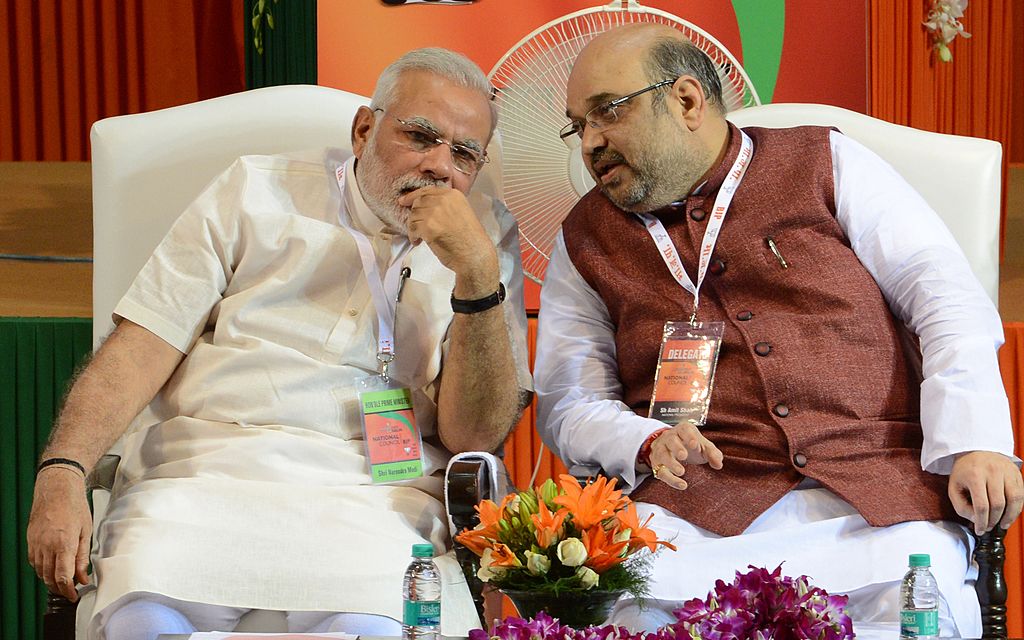 INDIAN home minister Amit Shah on Saturday (25) said prime minister Narendra Modi had “endured false allegations” linked to the 2002 riots in the western state of Gujarat of which he was the chief minister at the time for 19 years as the legal process was on.

He said this after India’s Supreme Court confirmed Modi’s exoneration.

“Modi ji endured false charges in silence for 19 years, nobody did a dharna,” Shah told news agency Asian News International in an interview. He took a dig at the opposition Indian National Congress, which has been protesting for days now over the grilling of its leader Rahul Gandhi in a corruption case.

“I have closely seen Modi ji enduring this pain, facing the allegations despite being on the side of truth and because the judicial process was underway he did not speak. Only a man with a strong heart can do this,” Shah, who has been a close aide of Modi and was also a minister in the Gujarat government during the latter’s reign, said.

“In a democracy, PM Modi presented an ideal example of how the Constitution should be respected by all political persons. Modi ji was also questioned, but nobody protested, and (BJP) workers from across the country did not gather in solidarity with Modi ji. We cooperated with the law. I was also arrested. There was no protest or demonstration,” he said.

Shah also denied that there was a delay on part of the government of Gujarat in calling in the armed forces to deal with the riots that broke out just months after Modi took over the reins. He noted that KPS Gill, former chief of Punjab Police, had called the state government’s response as “prompt and neutral”.

He drew a parallel with the anti-Sikh riots that broke out in Delhi in 1984 after the assassination of former Indian prime minister Indira Gandhi by her own Sikh bodyguards and said “nothing was done for three days” even after the killing of several Sikhs.

An appeal against a clearance to Modi in the case by the widow of a Congress parliamentarian killed in the 2002 violence is “devoid of merits” and filed “to keep the pot boiling”, the top court said on Friday (24), dismissing a petition filed by Zakia Jafri, wife of Ehsan Jafri, who was among 68 people killed during the riots in which Muslims were allegedly targeted.