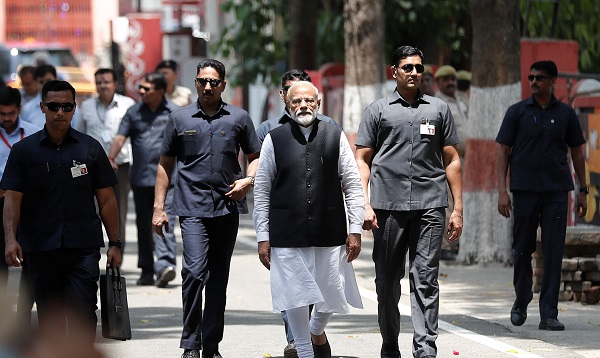 INDIAN prime minister Narendra Modi filed his nomination papers for the Varanasi Lok Sabha seat today (26), accompanied by a galaxy of top Bharatiya Janata Party (BJP) and National Democratic Alliance (NDA) leaders in what was a massive show of strength for the country’s ruling alliance.

Before reaching the Varanasi collectorate to file his nomination, Modi went to a temple to offer prayers.

The prime minister, who reached here on Thursday (25) and brought life to a standstill as he held a seven kilometre roadshow through the town, also addressed party workers in the morning.