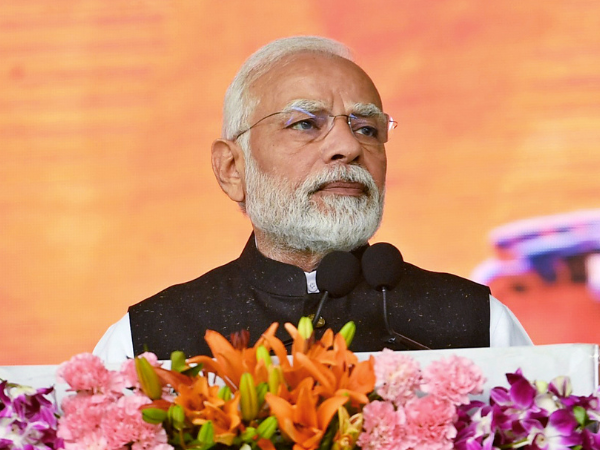 The Narendra Modi government Centre rolled out a nationwide campaign on Friday (25) to sensitise women, especially in rural areas, about gender-based violence and make them aware of various institutional mechanisms available to help them.

‘Nai Chetna’ (new awareness), the month-long campaign envisioned as a ‘Jan Andolan’ (people’s movement), was launched by India’s rural development minister Giriraj Singh at an event in New Delhi to mark International Day for Elimination of Violence Against Women and Girls.

“It is sad that a large number of men and women still consider gender-based violence normal. Such a perspective needs to be changed.

“To bring the change, we are going to start a month-long campaign against gender-based discrimination and violence with a focus on rural areas,” Nagendra Nath Sinha, secretary of the rural development ministry, told reporters on Thursday (24).

“It is a people’s campaign, triggered and mobilised by the (Union) government. The idea is to bring the issue of gender-based violence in focus and make women aware of their rights and mechanism available to help redress their grievances,” he added.

Sinha said women are often unable to identify violence meted out to them because of the normalization of discrimination and violence, and hence they rarely seek support and continue to suffer in silence.

Even if they want to seek support, they are by and large unaware of redressal mechanisms and service providers, and lack legal awareness, he said.

The month-long campaign seeks to enable women to acknowledge gender-based violence, prepare them to raise their voices against it and guide them to seek support from various institutional mechanisms available to them.

“We have already done a lot of work. There are 1,200 gender resource centres set up across the country. A total of 160 more such centres will be launched tomorrow. Women facing gender violence can seek help from these centres,” he said.

Over the next five years, according to the ministry, the campaign seeks to build a common understanding and recognition of gender disadvantage and discrimination across levels among community institutions, rural communities and government departments, it added.

Indian man killed Australian woman in Queensland because her dog barked at him: Cops