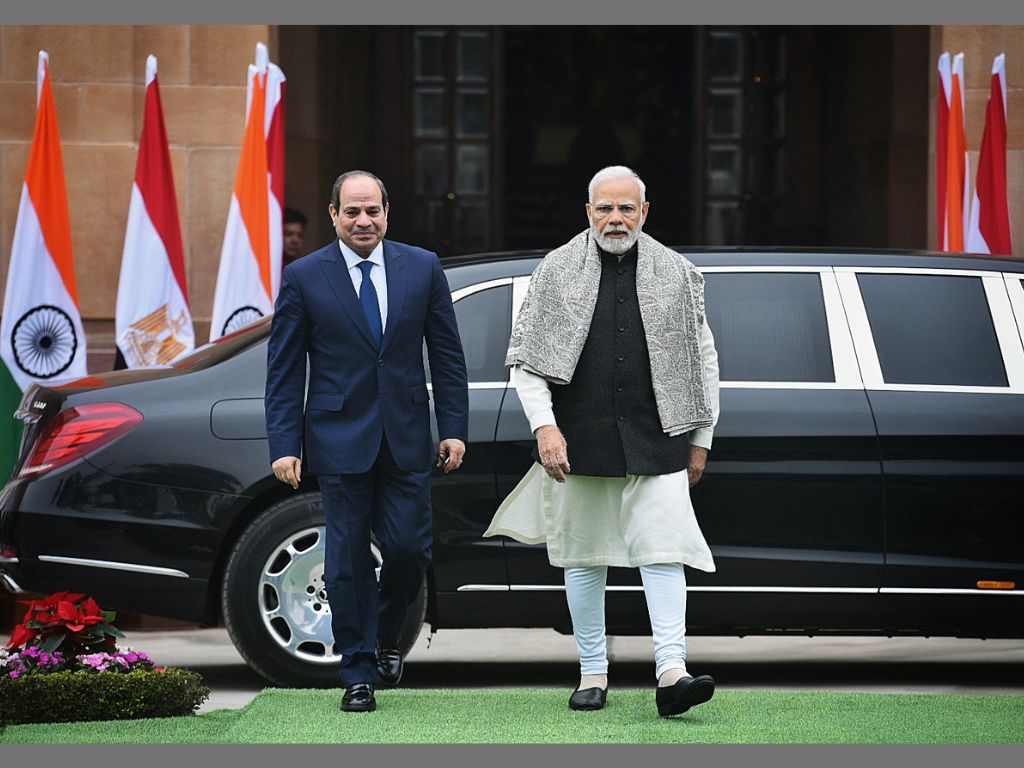 The 68-year-old influential Arab leader, who arrived in New Delhi on Tuesday (24) on a three-day visit, is the chief guest at the Republic Day celebrations on Thursday (26).

El-Sisi was welcomed by Modi and Indian president Droupadi Murmu at the Rashtrapati Bhavan on Wednesday.

The Egyptian president had visited India earlier in October 2015 to participate in the third India-Africa Forum Summit. It was followed by his state visit in September next year.

This is the first time that the Egyptian president has been invited as the chief guest to India’s Republic Day celebrations.

A military contingent from the Egyptian Army will also participate in the Republic Day parade.

India is keen to further expand ties with Egypt, a key player in the politics of both the Arab world as well as Africa. It is also seen as a major gateway to markets in Africa and Europe.