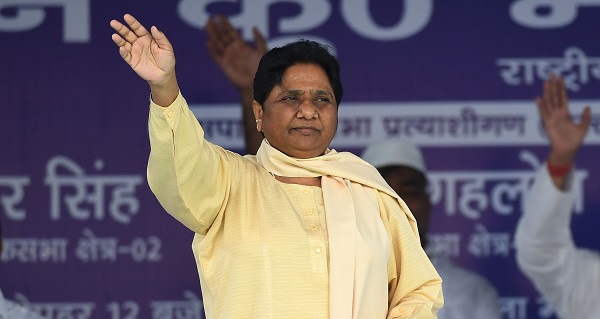 INDIA’S regional party -BSP president Mayawati today (15) claimed that prime minister Narendra Modi’s legacy as the Gujarat chief minister is a black spot for himself and the BJP, as well as a burden on the communal history of the country.

Mayawati alleged that the prime minister had crossed all limits of decency in terming the Bahujan Samaj Party (BSP) her personal property.

“The entire country knows that most of those having benami properties and the corrupt are connected with the BJP,” she said, claiming that Modi is honest only on paper, just like he is an OBC only on paper.

The BSP chief said her tenures as Uttar Pradesh chief minister had been clean.

“PM Modi has been the Gujarat CM for a longer time than me, but his legacy is such that it is a black spot not only on himself but also on the BJP and a burden on the communal history of the country,” she said.

“His (Modi’s) tenure, not only as Gujarat CM, but also as the PM, has been full of anarchy, violence, tension and hatred,” she said.

“It can be said that he has been a failure in holding public office and is also unfit. He failed to adhere to the Indian culture and Constitution and has been unfit as the PM of the country.”

Mayawati alleged that the Bharatiya Janata Party (BJP) and Modi were different in reality than what they show themselves to be.

“They made all efforts to defame me, but it all proved futile as our accounts are clear and the BSP is like an open book,” she said.

Terming note ban the “biggest scam”, the BSP leader said it is also an issue which needs investigation.

The country also knows what the BJP’s politics is in not getting back the black money from abroad, she added.