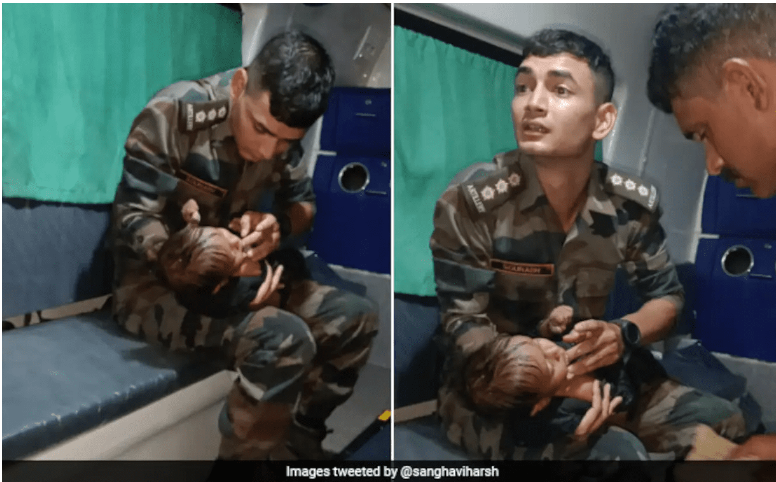 An 18-month-old baby was rescued alive from a borewell in western India’s Gujarat.

Visuals show army men using a thick rope to pull out the baby. After several pulls, the baby is seen coming out of the borewell. The rope was attached to a jacket-like garment on the toddler. A round of applause followed after the toddler was taken out of the well. It shared a beaming smile with everyone on the spot after being rescued.

Now, a photo from the same incident that shows an army man taking care of the boy is winning hearts all over the internet.

In the viral picture, the officer is seen sitting at the back of an ambulance with the infant in his arms. He is checking the baby is alright, with other officers gathering around the vehicle.

The photo is shared by Harsh Sanghavi, Minister of State for Home Affairs in the Gujarat government. “When emotions and duty go hand in hand. Hats off Indian Army,” the minister has captioned the post.

“Salute to the Indian Soldiers,” wrote a user.

“Not necessarily from Medical Corps, even personnel from Artillery know to handle such situations !! Hats off my countries Armed Forces members,” wrote another user.

While a third user said, “Proud of You Captain.”