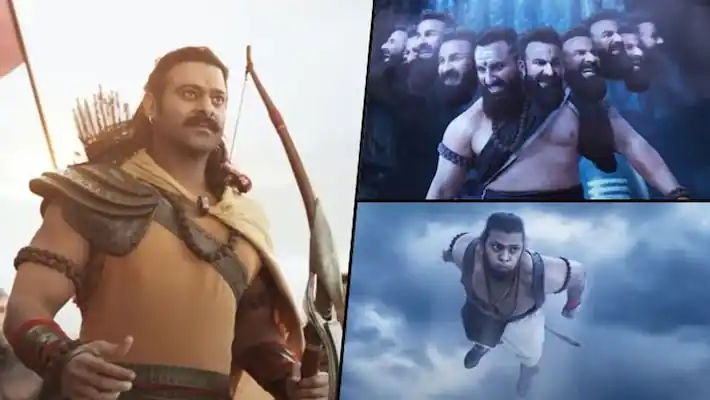 Fronted by Prabhas, Saif Ali Khan, and Kriti Sanon, Adipurush is one of the most-awaited films of 2023. On Sunday, the makers unveiled the official teaser of the mega-budgeted film at a grand event in Ayodhya, the birthplace of Lord Rama.

The film is based on the epic Ramayana with Prabhas and Saif Ali Khan playing Ram and Ravan respectively. Kriti Sanon is playing Sita, while Sunny Singh will be seen as Lakshman.

As soon as the trailer of Adipurush dropped on YouTube, several people took to Twitter to bash it. While some criticised the shoddy VFX of the film, others called out Prabhas for not getting into shape to play the part and using body enhancement through computer graphics.

Another wrote, “Disappointed with Adipurush trailer. Only a director like (SS) Rajamouli can do justice and portray Shri Ram as the way Hindus would want. All others want to mint money on the name of Shri Ram. Plus, I don’t want to watch.”

A third user wrote, “Adipurush teaser is just a cheap copy of Game of Thrones.”

Note distributor and trade analyst Sumit Kadel said, “My final thoughts on Adipurush teaser after watching it several times- either film will destroy every BO record in India or it will TANK badly …  Personally, I loved #Prabhas look, BG score and narrative. Didn’t like the VFX at all, it’s very cartoonish.”

In addition to Prabhas, Saif Ali Khan, Kriti Sanon, and Sunny Singh, Adipurush also features Sunny Singh, Devdatta Nage, and Vatsal Seth on the ensemble cast. Directed by Om Raut and produced by T-Series, the film is slated to enter cinemas on January 12, 2023.