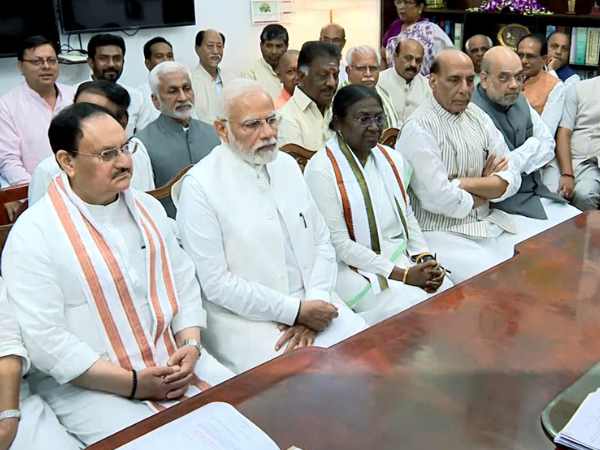 India’s top court confirms clean chit to Narendra Modi in 2002 Gujarat riots: The Supreme Court of India on Friday (24) dismissed the plea filed by Zakia Jafri, widow of former Indian National Congress parliamentarian Ehsan Jafri, challenging the clean chit given by the Special Investigation Team to then chief minister of Gujarat and currently the prime minister of India, Narendra Modi, and several others in 2002 Gujarat riots.

Maharashtra crisis: Uddhav Thackeray govt in tatters as more Shiv Sena lawmakers turn rebels: Rebel Shiv Sena leader Eknath Shinde is appearing to be holding a tight grip on the party, as the strength of the members of legislative assembly supporting him is expected to cross 50, which means the chances of the Uddhav Thackeray-led government of the state turn slimmer.

Tapan Kumar Deka made IB chief, Samant Goel gets another year as RAW chief: Tapan Kumar Deka, the “crisis man” who was put in charge of the counter-assaults during the 26/11 Mumbai attacks, was on Friday (24) appointed the director of India’s domestic intelligence agency Intelligence Bureau (IB). Besides, the tenure of Samant Goel, who has been heading the Research and Analysis Wing (RAW), the country’s foreign intelligence agency, has been extended by a year.

India clubbed with Brazil, Morocco, USA in women’s U-17 World Cup: Hosts India have been clubbed alongside powerhouse Brazil, Morocco and the USA in Group A for the upcoming U-17 FIFA Women’s World Cup, the draw for which took place on Friday (24). The tournament will be held from October 11 to 30 and feature 16 teams.