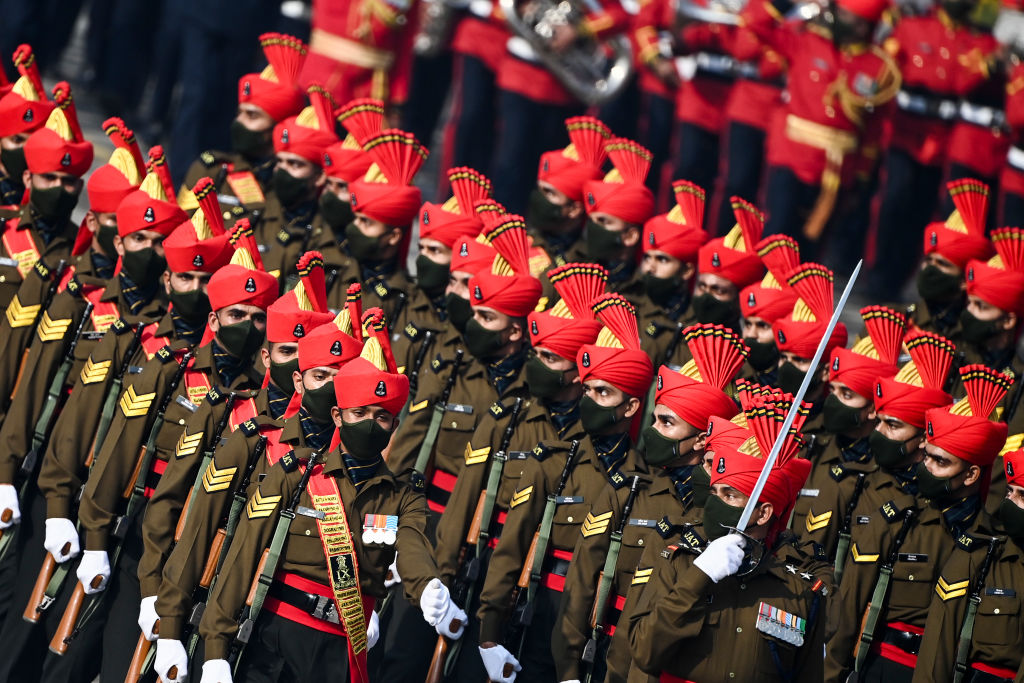 Soldiers march along Rajpath during the Republic Day parade in New Delhi, India, on January 26, 2021. (Photo by JEWEL SAMAD/AFP via Getty Images)

NO foreign head of state or government will be present at India’s Republic Day celebrations on January 26, sources on Wednesday (19) said.

That will mark 2022 the second year in a row when there would be no foreign leader to attend the Republic Day celebrations as the chief guest. The last time a foreign head of state of government came to India to take part in such an event was in 2020 when Brazilian president Jair Bolsonaro was invited. British prime minister Boris Johnson was due to come in 2021 but the schedule was eventually cancelled due to the pandemic.

“This year there will not be a Foreign Head of State or Head of Government as the chief guest for our Republic Day event,” the Press Trust of India cited the source as saying.

Earlier, there were reports that the leaders of five Central Asian Republics – Kazakhstan, Kyrgyzstan, Tajikistan, Turkmenistan and Uzbekistan – would attend the Republic Day celebrations as the chief guests. In 2018, the heads of state of 10 members of the Association of South East Asian Nations (ASEAN) were invited for the Republic Day event.

The Central Asian leaders, however, will take part in the first India-Central Asian Summit in a virtual mode on January 27. The event will be hosted by Indian prime minister Narendra Modi.