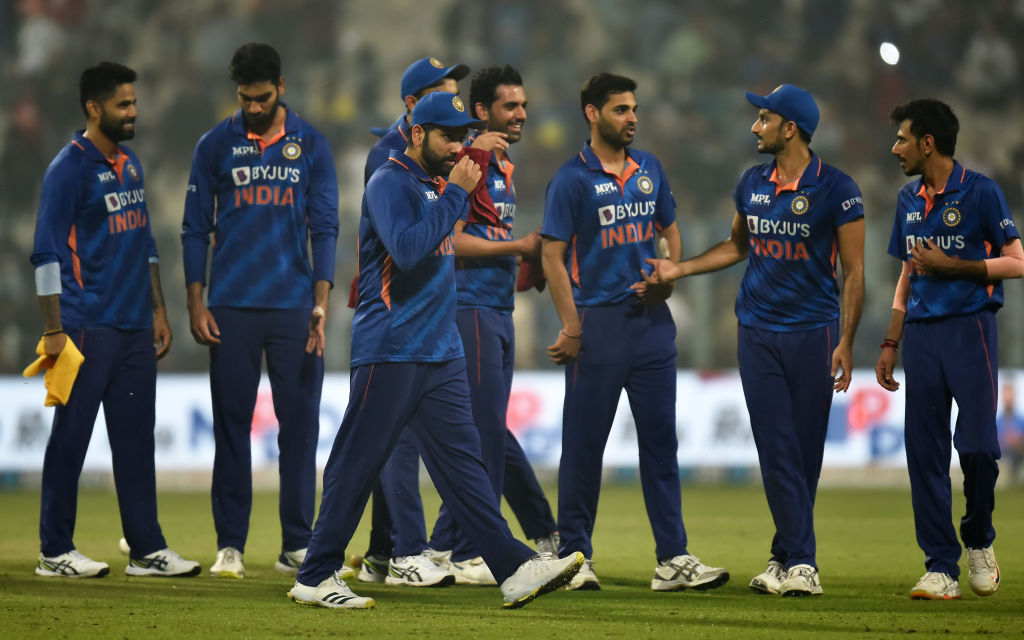 No Indian cricketer found a place in the men’s T20 and one-day international teams of the year for 2021 which have been unveiled by the International Cricket Council (ICC).

Pakistan captain Babar Azam was chosen as the captain of both the curated teams.

In the T20 international team, besides Azam, opener Mohammad Rizwan and bowler Shaheen Afridi were the two other Pakistan players picked.

India opener Rohit Sharma, who has also been picked as the new captain of India’s white-ball teams replacing Virat Kohli, was ignored despite scoring 424 runs in 2021. England wicket-keeper-batter Jos Buttler was preferred over the ace India batter.

Bangladesh seamer Mustafizur Rahman and Australia fast bowler Josh Hazlewood were also chosen to complete the bowling line-up of the ICC men’s T20I team of the year for 2021.

India are currently ranked second in the T20 international rankings, just behind England. Pakistan are ranked third, followed by New Zealand, South Africa and Australia, the reigning champions in the shortest format.

In individual rankings, KL Rahul is the only Indian to feature in the top 10 slots in the T20 internationals. He is the fifth best batter in the ICC’s T20 international rankings. There are no Indians in the bowlers’ or all-rounders’ list (top 10).

In the women’s T20 international team of the year for 2021, Smriti Mandhana is the only Indian to find a berth. The opening batter scored 255 runs in nine matches and finished inside the top five leading run-scorers in the calendar year. The women’s lead is led by England all-rounder Nat Sciver.

In the women’s category, India are the fourth best team in the T20 internationals in ICC’s list after Australia, South Africa and England.

In the bowling category, right-arm off-spinner Deepti Sharma is ranked fifth in the T20 internationals while in the all-rounders’ category, she is ranked fourth.

No Indian player found a place in the ICC men’s one-day international team of 2021 either. Azam has been chosen as the captain of that team too and it includes two Pakistanis, two Irish, three Bangladeshis, two Sri Lankans and two South Africans.