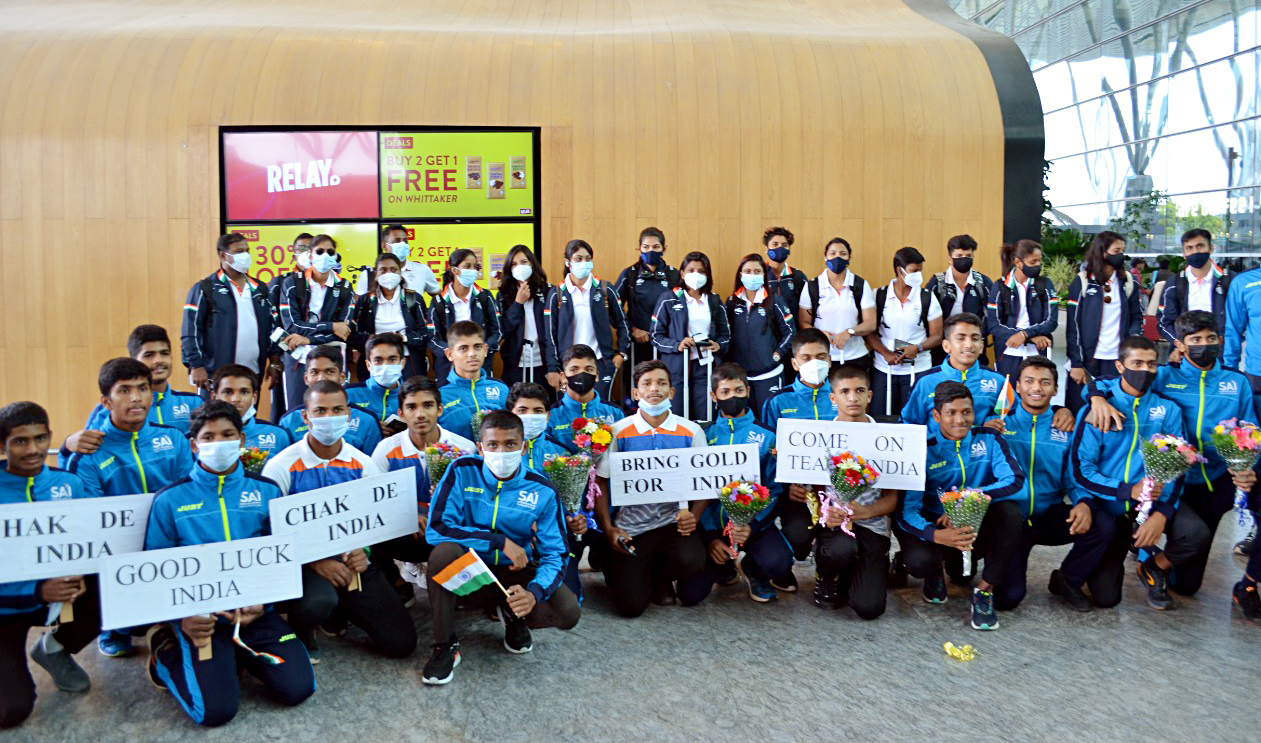 The Indian women’s cricket team in a group photo prior to their departure for Birmingham, England, for the 22nd edition of Commonwealth Games (CWG) 2022, at Bengaluru International Airport, in Bengaluru on Sunday, July 24, 2022. (ANI Photo/ANI Pic Service)

Ahead of the upcoming Commonwealth Games (CWG) 2022, India batter Yastika Bhatia said the team wants to win the gold medal in the inaugural edition of the women’s cricket tournament in the sporting event.

The Birmingham Commonwealth Games 2022 is being held from July 28 to August 8. The Indian women’s cricket team arrived in Birmingham on Monday (25).

“We’re grateful for the opportunity provided to us and any match which we represent our country in. We are excited and we would like to win one medal and we are going for Gold and not podium finish, so we are practising and preparing according to that,” Yastika told Asian News International.

“Pretty excited to get back to field after two days of travelling and one day of recovery, so excited to get on the field and cannot wait to start our first match,” she said ahead of the game against the Aussies.

Yastika also talked about focusing on the team’s strengths rather than look at who the opposition is.

“Any match in a tournament like CWG is important to us so we’re not looking at who the opposition is and focusing on our strengths and how we can do better,” said the batter.

All the matches of CWG will be played at Edgbaston which has been a good hunting ground for the men’s Indian team but a new ground for the women’s team who have yet to play a single match on the pitch.

“Women’s team will be playing the first match in Edgbaston and we have not played there so we have to look at it as new ground and new challenge,” she said.

The Indian team will be getting special attention during this time because it will be the first time they’ll be appearing in a multi-sport event like CWG.

“Loving the attention that we’re getting and looking forward to play the matches,” said Yastika.

Team India will be squaring off against Australia in their opening clash on Friday (29), which will be followed by a match against arch-rivals Pakistan on Sunday (31).

Women’s T20I cricket is making its debut at the Commonwealth Games in Birmingham this year, with the top eight teams competing for the gold medal.